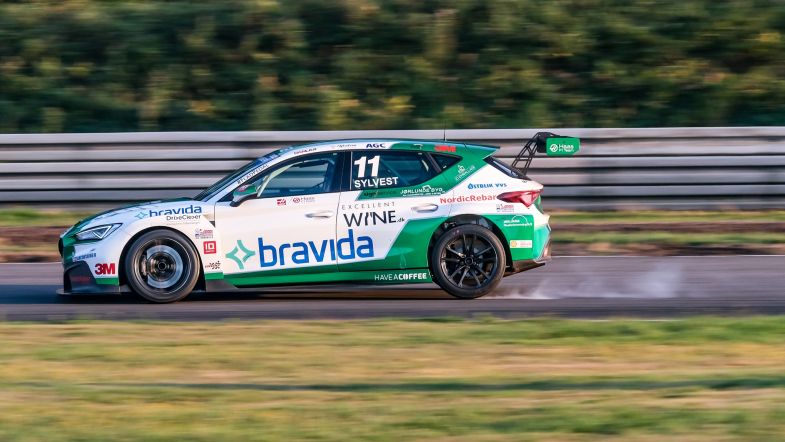 Nicolai Sylvest won the second TCR Denmark race of the weekend at Padborg Park, held in twilight conditions, while title rivals Kasper Jensen and Mike Halder were involved in a thrilling battle.

Green Development driver Sylvest started sixth but made a strong start and was up into second place before the end of the first lap.

Pole sitter Rene Povlsen came under pressure early on from Sylvest who made the move for the lead on the third lap, a lead he was to keep for the remainder of the race.

The duo soon found themselves in a tough fight for fifth place, swapping paint while going alongside each other several times, resulting in a penalty lane for both drivers.

Jensen came out on top after the penalties while Halder sustained a front-right puncture after the tough racing.

This saw the German driver dropping down to finish 12th while Jensen was able to cross the finishing line in fifth.

But the stewards handed Jensen a three-second penalty for taking his penalty lane too late, dropping him to sixth position.

Sylvest won the race ahead of Povlsen and Alfa Romeo driver Jacob Mathiassen.

Michael Markussen and Philip Lindberg rounded off the top five.