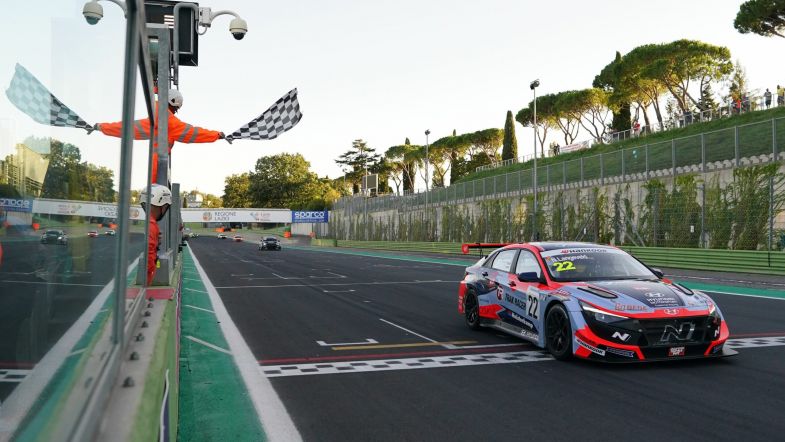 Niels Langeveld on controversial title decider: “It was a weekend full of emotions”

“It was a weekend full of emotions, I can’t find the words right now,” said Langeveld.

“I can say that in the end we deserved to be champions, we earned it on the track.”

There was drama at the end of the first race when Tavano hit Langeveld on the slow down lap (see video below), a move resulting in a ten-second penalty for Tavano which dropped him from second to fourth and a very upset Langeveld.

“I have no words for this, this is no sportsmanship.”

Tavano headed the standings ahead of the season finale but was beaten to pole by Langeveld who went on to win the first race and finish third in the second, securing enough points to claim the title.

“We got the pole and then we hoped for others to make mistakes, and they did,” said Langeveld.

“We had to stay calm, keep believing in ourselves, not lose our minds, just drive as always and we did. Things moved one step at a time over the weekend and suddenly we had the title.

“We have had a fantastic year. I love racing here in Italy, it has been a wonderful season, I got along well with the other drivers, I can say that the people here have been fantastic. I hope to come back in the future.”

The Dutchman beat Tavano by 34 points in the end.