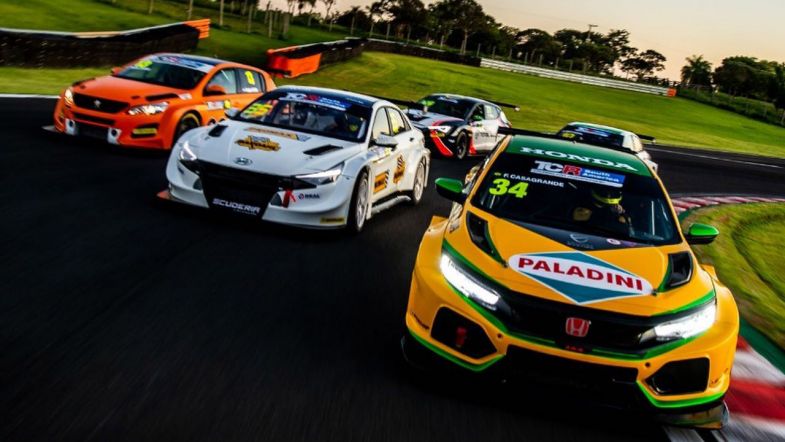 TCR South America to expand for 2023

Organisers of the TCR South America series have announced plans to expand for the 2023 season, with confirmation that a national series in Brazil will go ahead as planned.

TCR Brazil – originally mooted earlier this year – will run across five of the twelve events planned for a new look TCR South America, with one standalone meeting.

The series will actually kick off with a date in Uruguay, before five rounds in Brazil.

The Brazilian series will be one of three championship to effectively run alongside each other, with TCR South America running both Sprint and Endurance events – both of which will have their own titles on the line.

Although dates and venues are still to be confirmed, the Sprint series will feature three meetings in Argentina followed by one in Uruguay, with the remaining four meetings in Brazil – giving a total of eight rounds and 16 races.

The Endurance series will feature a total of four events, with two in Argentina, one in Uruguay and a finale in Brazil.

The length of races will also be extended from the current 60 to 100 minutes, with the addition of refueling and mandatory pit stops.

“It was extremely challenging to launch a new championship in a year of pandemic, but today’s results indicate that the bet was correct – so much so that next year we will have competitions from February to December, we expect more cars and automakers, we will have two more championships and many drivers.

“We are satisfied with the reception of our concept in the countries of the region and with the support of WSC Group to our expansion plan. With the TCR South America Endurance and TCR Brazil championships, we will reach a new horizon in the panorama of the tourism category in the region.

“These are only the first bits of news. We are working hard to bring other relevant innovations to the technical package, as well as partnerships with premier events in world motorsport.”