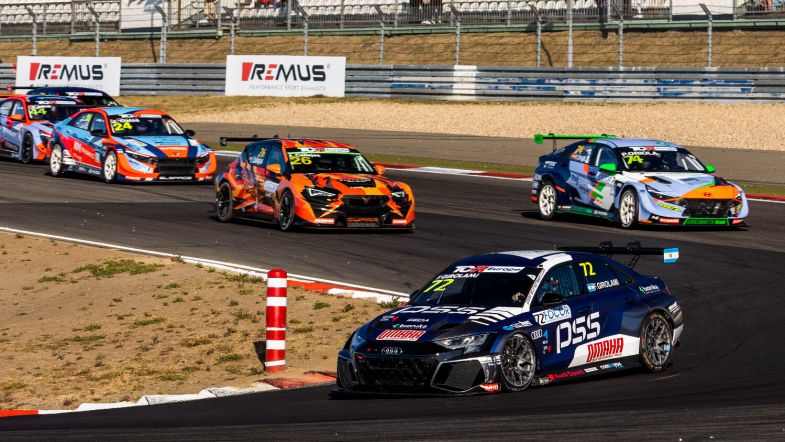 The penultimate round of the TCR Europe season takes place this weekend at Monza, and championship leader Franco Girolami has a very real chance of putting one hand on the crown.

The Comtoyou Racing driver sits 78 points clear of Target Competition’s Josh Files at the top of the standings, and with Comtoyou team-mate Tom Coronel a further 13 points behind. Although there is 96 points up for grabs over the weekend through qualifying and the two races, the chances of Files taking a haul as large as that seem unlikely when he is to claim a pole position or win a race this season.

There’s nothing to say he won’t eat into Girolami’s lead in Italy though, and Coronel could do the same as he took pole and won the only race held at the Nürburgring last month due to fog cancelling a day of action. He finished on the podium in both Monza races last year, while Girolami won one but came 19th in the other.

The long straights and heavy braking zones of the 3.6-mile Monza track are a very different challenge though, and the summer trip to the marginally similar Spa-Francorchamps circuit led to Volcano Motorsport’s Cupra León Competición-driving Isidro Callejas and Janík Motorsport’s Jáchym Galáš earning the race while Comtoyou’s Audi RS 3 LMS cars weren’t quite the package to beat in race trim.

TCR Europe takes to the track for the first time during the weekend on Friday afternoon, when the half-hour practice sessions take place. The first one starts at 12:39 local time (CEST), then the second is at 17:36.

On Saturday there is an earlier start and finish, with qualifying taking place at 09:30. Q1 will run for 20 minutes, then there is a five-minute break before the drivers who made it through to Q2 take to the track for a further 10 minutes to determine who starts on pole for the two races.

The first race follows at 13:40, and is set to be eight laps long should there be no safety car interruptions, and the second race begins at 12:25 on Sunday and will run to an identical distance.

Almost all of the usual contenders will be on the grid, although Janík Motorsport boss Václav Janík has had to step into the Hyundai Elantra N he usually runs as his driver Mat’o Homola is out of action with a wrist injury, and the grid will grow with the return of RC2 Junior Team trio Rubén Fernández, Felipe Fernández and Sergio López and the addition of Hungarian youngster Levente Losonczy at Aggressive Team Italia and TCR Italy regulars Matteo Poloni and Michele Imberti.