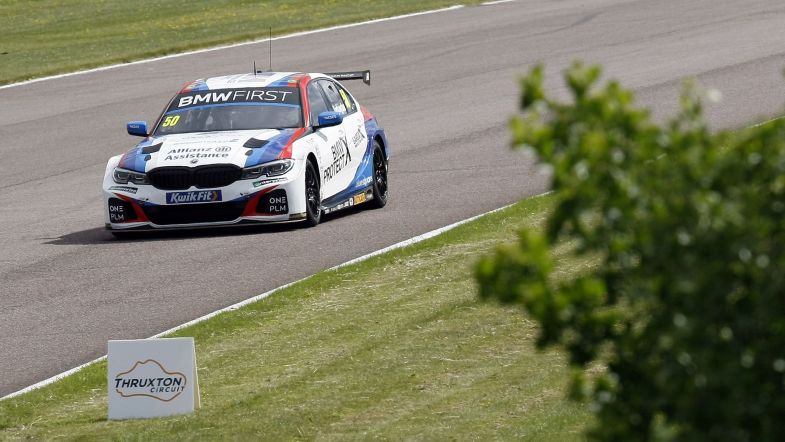 Colin Turkington says the smallest of details could prove to be key this weekend as the BTCC heads for Silverstone for the penultimate meeting of the campaign.

The WSR driver leads the way going into what has become his home event of the campaign, with a slender advantage over Ash Sutton and Tom Ingram in the standings.

Turkington managed to retain his lead at Thruxton despite a tricky weekend that saw Sutton close the gap at the top, and it insisted that small details were now more important than ever when it comes to trying to gain advantage over his rivals.

“It’s more important than ever that we dot every I and cross every T moving forwards,” he said. “This is the stage of the season when every link of the chain involved in my on-track performance is operating at its highest.

“As a team we must ensure we are doing all the basics to the best of our ability and the rest will flow. It’s easy to get distracted with the big stuff at this end of the season – but trust me – small is big.”

Turkington added that he had put the ‘challenging’ Thruxton meeting behind him and was ready for what now lies ahead around the short Silverstone National layout.

“The small break has been refreshing and I’ve kept myself busy driving anything I can get my hands on!” he said. “Last year we had the 3 Series in the sweet spot at Silverstone and our potential there was easily the best it’s been in a few years.

“I’m not thinking about the Finale just yet, I want to enjoy this part and simply push on with the process for now.  We’ll see what the story holds come Sunday night.  The picture for every contender can change very quickly over this weekend as the pressure builds.”