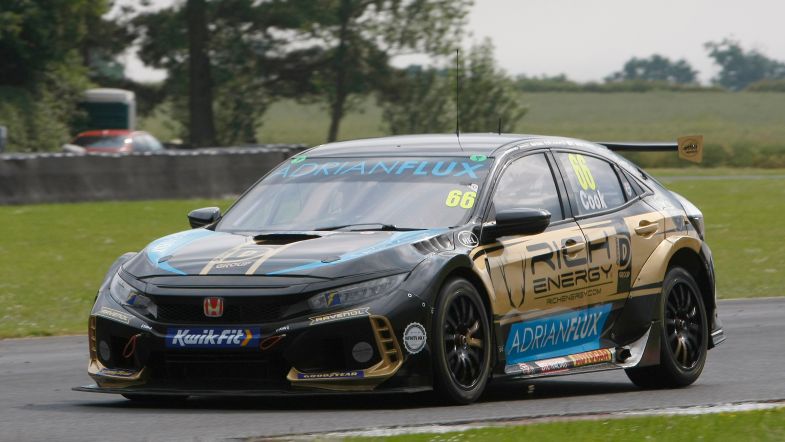 Josh Cook will look to build on his victory last time out at Thruxton when the BTCC heads for Silverstone this weekend.

Cook secured his fifth win of the campaign in race three in Hampshire, although a tough run of form in the mid-part of the season has seen him drop away from the main championship fight.

The BTC Racing driver still heads the Independents’ title and will hope for a strong haul of points to keep his slim overall championship hopes alive.

“Silverstone is a really challenging track with some high-speed corners and some technical challenges too,” he said. “It might be one of the shortest layouts on the calendar at just over 1.6 miles but there is a real mixture to unlock the secrets from it.

“We know our Honda Civic Type R has the attributes to maximise all of the demands of quick corners and the more twisty bits. This will be a crucial weekend in terms of gaining championship points with only one more meeting after this, so our aim will be to have three strong finishes and walk away with everything we can.”

Team principal Danny Buxton said he was hopeful that the Brackley-based squad would be able to impress on home soil.

“We are coming into the meeting with the momentum from winning the last race, and we will be performing at our home track in front of a lot of local support and we are eager to do them proud.

“We are getting to the business end of the year and Josh is sitting on top of the Independents’ Trophy points and Rich Energy BTC Racing is leading the way in the Independents’ Teams contest. There is plenty of silverware to gun for and we are excited about the challenge ahead – particularly as the pressure ramps up for everyone

“Historically the Honda has gone well at the circuit and Josh and Jason [Plato] are both former winners there, so there are many reasons for us to be excited about the challenges this weekend.”