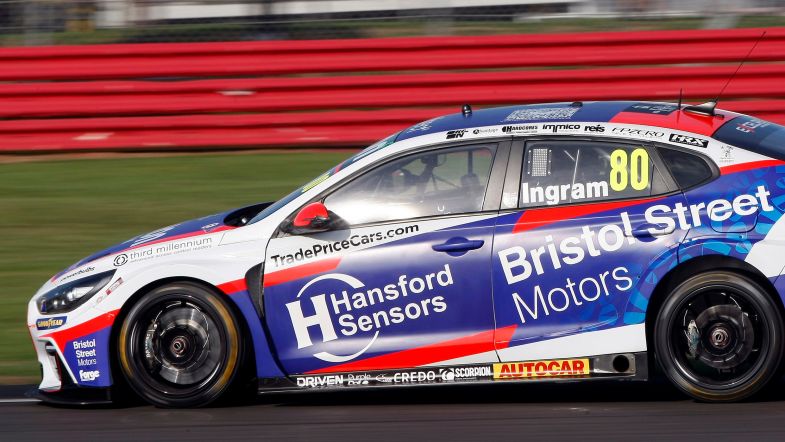 Tom Ingram: Fourth ‘a nice place to be’

Tom Ingram insisted that his qualifying performance at Silverstone had left him in ‘a nice place to be’ after the EXCELR8 driver grabbed fourth on the grid for the penultimate meeting of the BTCC season.

Ingram had admitted going into the weekend that Saturday’s qualifying session would be the most important of the season, with the close nature of the times around the short National circuit making track position crucial.

Having topped the times in the opening practice session, Ingram was in the mix throughout qualifying as he ended up fourth with a best time little more than a tenth of a second off pole.

“I think we are placed quite well,” he said. “Fourth is a nice place to be at Silverstone as we are in the mix and can get involved in the slipstream battle. The pace we had with limited hybrid was strong, and we’re ahead of Colin [Turkington] and Ash [Sutton] but behind Jake [Hill] – so the hybrid table is working in that sense.

“Tomorrow is important but I think the most important bit has already gone to plan because of how tough qualifying is round here. As easily as you can be fourth, you can be 14th when the lap is all about a tenth here or a tenth there.

“We’ve come through the session well and now the focus turns to race day, and hopefully we can go well.”