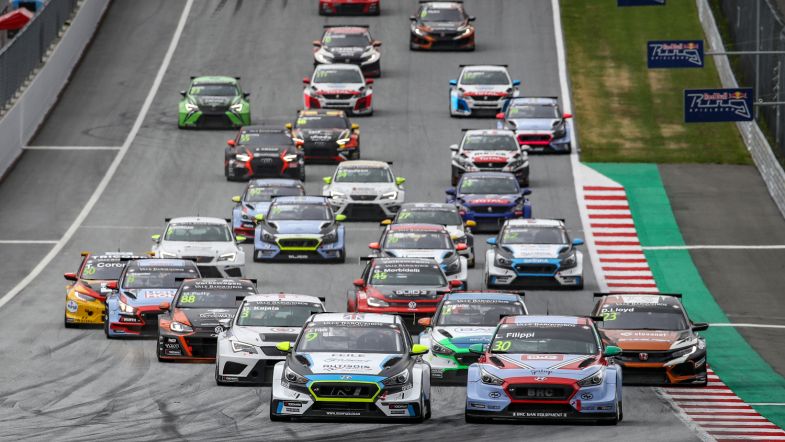 TCR Europe returns to Austria and Hungary in 2023 calendar

TCR Europe has unveiled its 2023 calendar, which will exclusively support the International GT Open championship.

Since the series’ creation in 2018 it has usually split its schedule between GT Open and World Touring Car Cup events, although last year primarily supported GT World Challenge Europe and this year guaranteed a German presence by racing with the DTM twice.

For 2023 the calendar will remain at seven rounds, and will have a similar look to the current schedule with races at Algarve starting the season on the final weekend of April.

The Spa-Francorchamps round will move from June to late May, then the Paul Ricard round shuffled from May to the height of summer in July. Between those two events is a return to the Hungaroring, which was last visited by TCR Europe in 2019.

Another returning circuit is the Red Bull Ring in Austria, also last raced on in 2019, which is set to be visited on September 8-10 although the date is yet to be confirmed until the event contract is signed.

“We are all looking forward to another great year in TCR Europe in 2023 and releasing the calendar now means our existing teams and those thinking of joining us can start to make firm plans,” said TCR Europe’s promoter Paulo Ferreira.

“We have become known for offering a great calendar that visits some of Europe’s most iconic racing circuits.

“There will also be some more news to come about the technology we plan to introduce for next year – we think of it as a new era in TCR competition – so I would advise teams and drivers considering a TCR Europe entry in 2023 to keep an eye open for more details.”

Provisionally there will be no clashes with the World Touring Car Cup next year, meaning drivers and teams will be able to compete in both.

The lack of DTM support events means TCR Europe will be without a German round for the first time since 2020, having raced at the Norisring and the Nürburgring this year.