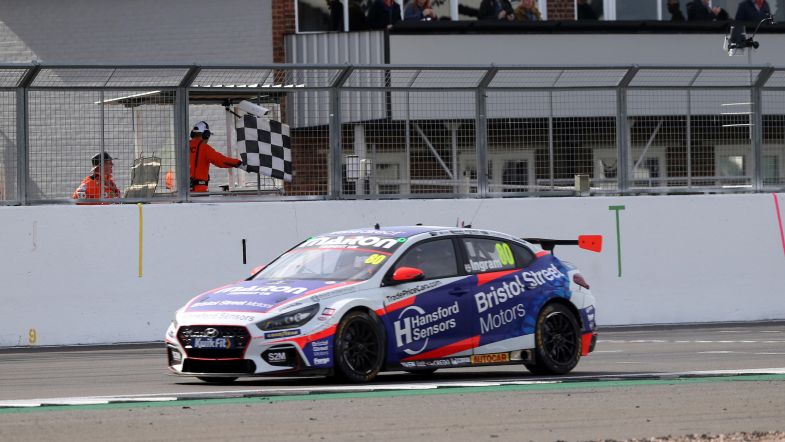 Tom Ingram battled to victory in the final race of the weekend at Silverstone, with a four-way shootout for the BTCC title now set for the big finale at Brands Hatch in two weeks time.

Ingram started from fourth on the grid but jumped to third off the line and then took the lead when Adam Morgan and Josh Cook clashed going into Becketts for the first time.

Once in front, Ingram was able to control proceedings despite two Safety Car periods that backed up the field to secure a vital race win that leaves him seven points off the championship lead with one meeting to go.

The leader heading to Brands Hatch will be defending champion Ash Sutton, who fought his way up to second spot and would keep Ingram honest throughout, with Rory Butcher rounding out the top three having held station in the podium positions throughout the race to cap his strongest weekend of the campaign.

Cook would drop to fourth in the early stages before being shuffled back behind Dan Cammish and a charging Jake Hill – who charged through the field after a three into one moment at Brooklands on lap one saw him drop down the order.

Hill would make full use of the pace in his BMW to charge up the pack and would grab fourth late on from Cammish, with Cook back in sixth securing the Independents title after Adam Morgan retired following a clash with Ash Hand and Ricky Collard.

Tom Chilton, Gordon Shedden, Ollie Jackson and Aron Taylor-Smith rounded out the top ten, with Colin Turkington back in twelfth place – leaving him 27 points off the top heading to Brands Hatch.