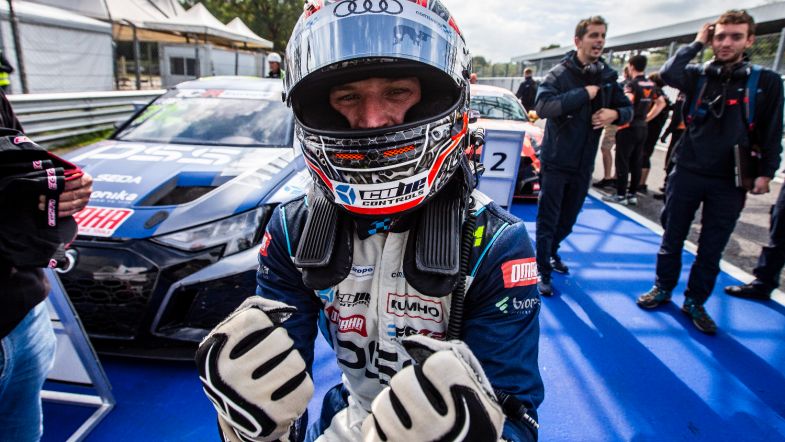 There were celebrations at Comtoyou Racing in the TCR Europe paddock on Sunday at Monza, but the team was quick to say there was still work to be done.

Franco Girolami had claimed his third reversed-grid race win of the season, Viktor Davidovski sealed the Diamond Trophy for a second consecutive year and Marco Butti, who had been brought fully into the Comtoyou fold the previous round after being co-run by Élite Motorsport before that, claimed the series’ Rookie Trophy with his fifth victory in the sub-classification.

The two championship titles are within sight but not yet clinched, with Girolami leading the standings by such a margin that he need only score seven points – a feat possible in qualifying – at the Barcelona season finale to be crowned champion. Comtoyou also has a healthy gap at the top of the teams’ standings, and is aiming to repeat its 2020 title.

Girolami said it was a “very, very important” victory on Sunday, following Saturday struggles that resulted in finishing 12th from seventh on the grid in Race 1.

“After yesterday, we were a little complicated yesterday with the conditions, with the rain,” he said to TouringCarTimes.

In regards to what approach he would carry into Barcelona with such a large advantage in both points tables, and the fact he could clinch the crown before even setting a racing lap if he nails qualifying, Girolami added:

Girolami’s team principal Jean-Michel Baert echoed the sentiment that, despite their enviable points position, an approach above 100% would be needed to close off the season.

“Today we have a Rookie champion, we have a Diamond champion, so we have to finish the work in Barcelona,” Baert said.

Davidovski, who became the first Diamond Trophy entrant to take an overall race win at Paul Ricard this year, shared the mindset of his boss and team-mate, and said “at Barcelona for the last race I will attack on the better positions in TCR Europe” as he has been without a top-ten result since his two fourth places at the Norisring in July.