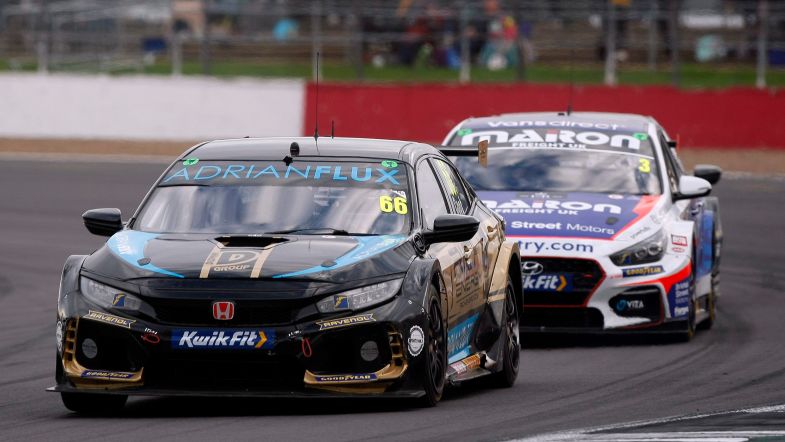 Josh Cook: ‘We can hold our heads up high’

Josh Cook admitted he was disappointed to see his BTCC title challenge come to an end at Silverstone, despite securing an unassailable lead in the Independents’ standings.

Cook had been one of the pacesetters in the early stages of the campaign thanks to double wins at Brands Hatch and Thruxton, but then dropped away from the top of the standings as BTC Racing struggled for straight line pace with the new TOCA engine.

Although able to win again in the second Thruxton meeting, Cook arrived at Silverstone having scored just three top ten finishes since the summer break – leaving him as a rank outsider for the crown with six races to go.

A best finish of sixth from the three races ended his mathematical hopes, although issues for Adam Morgan mean he can no longer now catch Cook in the Indy standings.

“I truly believe that the reason we aren’t still in contention is because of something that is outside our control and as a team, I believe we have done everything that we could possibly do to improve the areas where we have been weak.

“We know how good the chassis is and have shown that in recent years but in the second half of the season, we have been nowhere.”

Cook added his pride at the way in which the Honda squad had worked hard to try and stay on the pace, and was hopeful of ending the year with a strong showing at Brands Hatch next month.

“This team has done more than any team I’ve ever raced with,” he said. “We’ve done more testing, visited more testing facilities, and have left no stone unturned, which is something I am incredibly proud of. I’m glad we get some recognition with the Independents title and hopefully we can wrap up the Independents team title as well – but it was the overall crown we wanted.

“You get to see the true mettle of the team when things aren’t going well and they have been unbelievable. They’ve been so resilient and have rocked up every weekend doing everything they can to find the smallest gains. It’s been spectacular to be part of it, but ultimately everyone in the team is disappointed that we aren’t in the hunt going to Brands Hatch.

“Whatever happens, we’ll go there and give it our all and know we can walk away from the season with our heads held high.”