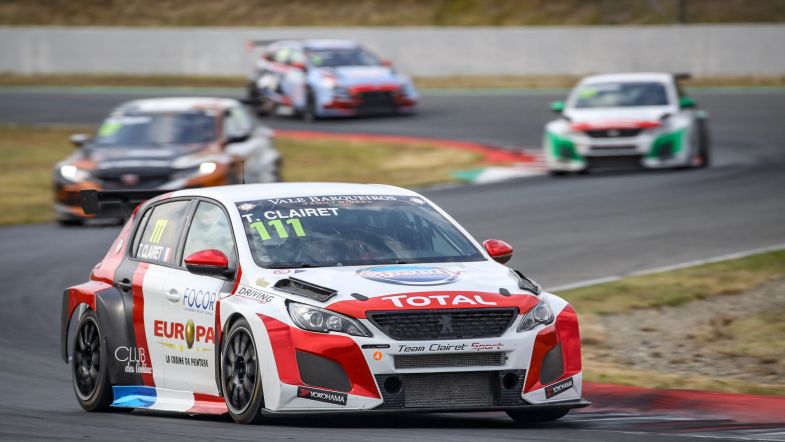 Teddy Clairet has been named as the first international driver that will take part in the final rounds of the TCR Australia season, which will be part of the inaugural Bathurst International event in November.

The 28-year-old follows in the footsteps of the likes of Aurélien Comte, Néstor Girolami and Jean-Karl Vernay – all of whom headed to Australia to contest rounds of the inaugural TCR Australia season back in 2019.

“I’m really excited to come to Australia and race there,” he said. “Bathurst is a mythical track so, for me it’s a dream to race there and I’m really looking forward to discovering this wonderful place.

“I have a lot of respect for this kind of track, so I will use all the help that I can find to understand the track and enjoy the race.

“Of course I know the car very well, so that’s a good point. Also I know that Garry Rogers Motorsport is a super team which knows the car really well. I’m fully confident they will provide me a great car to compete against the grid, and that they will put me in the best condition to fight for a strong result.

“I really often watch highlights from TCR Australia, I’m following a lot the results in the series and I know that there is a very strong field. They are all specialists so I know that it will be hard on track. The races are full of entertainment, so I will do my best, respecting all the drivers and try to reach the best that I can.

“From what I’ve seen, there are a lot of fans over the track, and the atmosphere seems really good in the paddock, with passionate people. I want to enjoy this experience and I would like to thank again the trust from Peugeot Sport and Garry Rogers Motorsport.”

Team boss Barry Rogers said he was pleased to welcome Clairet into the team.

“It will be fantastic to welcome Teddy into the GRM squad and have him as international representation at the Bathurst International,” he said. “Teddy is a very experienced racer, and a really lovely guy too. He races in his family team, and that’s what we are all about at GRM. He is going to fit in really well.

“This is also a great way to extend our relationship with Stellantis (constructors of the Peugeot TCR car) and it has opened the door to opportunities such as getting Teddy to Australia for the Bathurst International and also Aaron Cameron to France to compete in the FIA Motorsport Games.

“We’re looking forward to seeing how Teddy goes at Bathurst, while we will also have one eye on the series title too. Our man Jordan Cox is right in the fight for the title, and we’re all pushing as hard as we can to ensure that Jordan and the rest of our team are right at the pointy end of the field at Mount Panorama in November.”