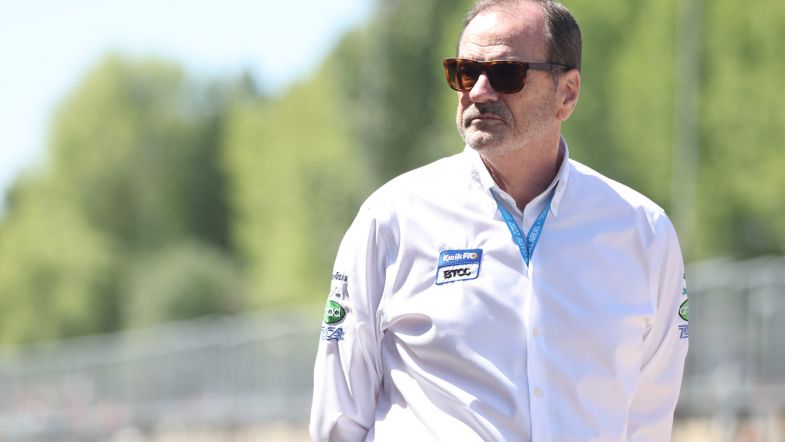 A position on the support package has become available after Ginetta confirmed it was to move to the British GT Championship paddock, meaning the Ginetta Junior Championship and the Ginetta GT4 Supercup will no longer be part of the BTCC bill – with the latter series coming to an end entirely.

With the decision taken to add replace one of the two championships moving forwards to reduce pressure on the weekend timetables, a number of championships are expected to fill the void next year.

However, from 2024 onwards, Gow said he was keen to see a new series for junior racers join the package to help provide youngsters with a stepping stone towards the touring car grid.

“We want to introduce a top-level junior series to the TOCA package from 2024 onwards,” he said. “I should note that we are not talking about an already existing series. We are looking for something fresh, new and exciting to bring to the most popular and high-profile motorsport package in the UK.

“Not only will this be fantastic news for the tens of thousands of fans trackside and the millions more watching on our live ITV network coverage, but I strongly believe this is an important step and a vital injection for the racing pyramid in this country and beyond.

“Young drivers – and indeed their teams, sponsors and all stakeholders – who are looking to reach the pinnacle of their respective fields really do need to flourish and develop within a high-profile environment and only the BTCC support race package provides the kind of season-long exposure that developing drivers should have.

“The process has already begun and whether this championship comes entirely from a third-party manufacturer or organisation, or indeed whether TOCA plays a role in the introduction of a new series, is yet to be determined. Although the end result is quite simple; I want to have the best junior series that this country can produce, in order to help develop and generate our finest and most complete drivers for the future.

“We will obviously carefully assess any applications for a new junior series from 2024 and award the slot to the most appropriate and impressive – it’s a fantastic opportunity for the development of junior drivers in the UK and one we’re all excited about.”