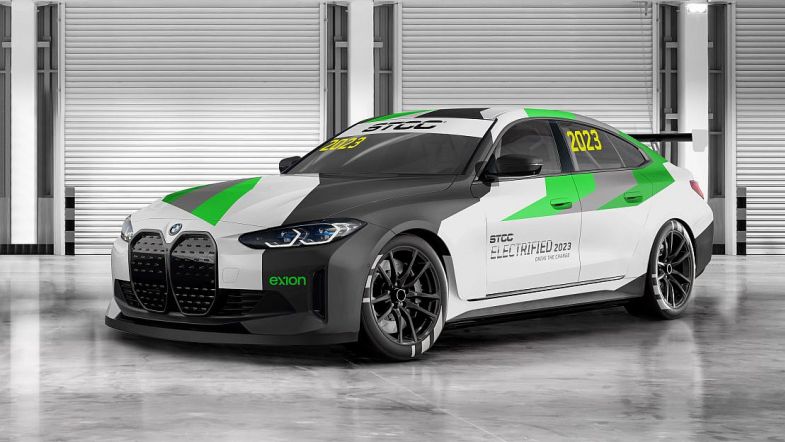 Exion Racing has become the first team to reveal the car with which they will compete in the new all-electric era of the STCC in 2023, opting for the BMW i4 model.

The Värnamo-based squad will field three BMW i4 cars currently being assembled by EPWR, the company in charge for the electric drivetrain concept set to be introduced in the series next year.

The cars will produce 550 bhp and feature an 800-volt 45 kWh battery. The cars will accelerate from 0-100 km/h in under three seconds.

The team is yet to announce any drivers, although current pairing Isac Aronsson and Calle Bergman are two likely contenders.

“We are talking to both current STCC drivers and drivers from outside the championship,” says Exion Racing team manager Daniel Aronsson. “The new electric cars put other demands on drivers than the current ones. We have a close dialogue with EPWR and STCC about 2023 and are preparing an extensive test programme for this very exciting transition for the sport.”

The announcement marks a return of the BMW brand to STCC for the first time since 2015. The German make is one of the most successful in the history of the championship with 74 wins.