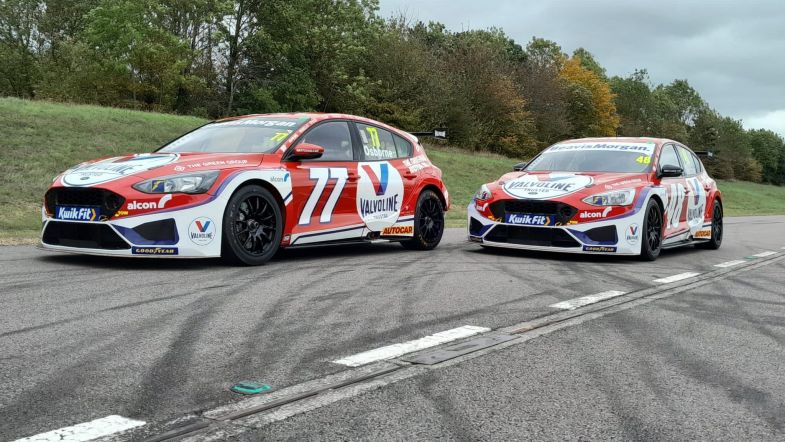 Motorbase Performance has revealed a new livery that will adorn the cars of Ollie Jackson and Sam Osborne for the BTCC finale this weekend at Brands Hatch.

The two Ford Focus cars that are entered under the Apec Racing with Beavis Morgan banner will run in a livery similar to the Valvoline colours seen in NASCAR.

It means all four cars in the Motorbase garage will now have an American flavour, with the two NAPA Racing cars of Ash Sutton and Dan Cammish also running in a livery inspired by racing activities in the USA.

“As Technical Partner to Motorbase Performance, we wanted to do something special to recognise their amazing work this season, challenging for both the Drivers’ and Teams’ Championship with NAPA Racing UK,” Mike McCabe, Valvoline Marketing Director said.

“Using our iconic NASCAR livery is an exciting visual surprise for those attending Brands Hatch this weekend. Fans will also have the opportunity to win exclusive Valvoline merchandise by posting pictures of either car #ValvolineBTCC.”