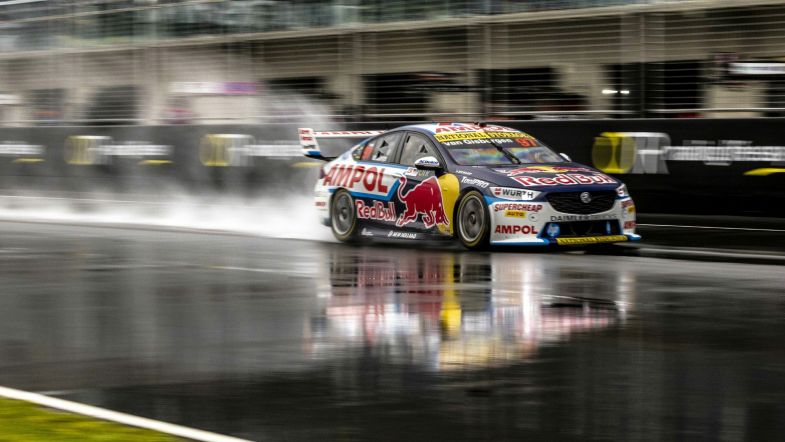 Red Bull Ampol Racing’s Shane van Gisbergen has been handed a three-place grid penalty for the Bathurst 1000, meaning he will be unable to claim pole position for Sunday’s race.

The defending champion and current points leader had finished fourth in Friday’s 40-minute qualifying session but made contact with the Wet & Forget Holden of Macauley Jones in the closing minute at the Dipper.

That contact put Jones into the wall, causing heavy damage to the rear of his Commodore and bringing out the yellow flags, which prevented any final efforts for the rest of the field.

Supercars officials investigated the incident after qualifying and deemed van Gisbergen at fault, and duly slapped the Kiwi with a three-place penalty to be applied after Saturday’s Top 10 Shootout.

It means that even if van Gisbergen and co-driver Garth Tander emerge fastest in the Top 10 Shootout, they cannot start the race from the front-row of the grid.