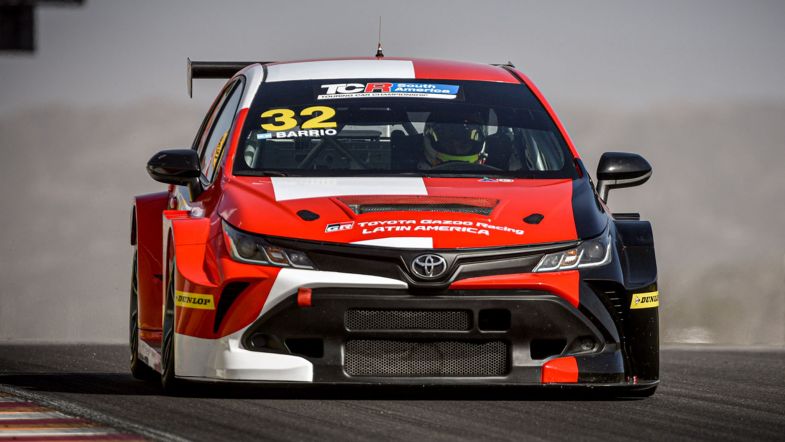 An incident between Fabio Casagrande (Hyundai i30 N TCR) and Franco Farina (Peugeot 308TCR) caused the safety car to come into action at the end of the first lap, with Farina sustaining suspension damage.

The race was restarted on lap three, with Barrio attacking Pezzini at Turn 1, and Llaver coming under fire from Reis.

Llaver tried to show his front-end to Barrio, with the Toyota driver defending second place.

Cravero tried to overtake Rosso on lap six, with Casella trying on the outside but collided with Cravero, with the Honda driver spinning off the track.

Barrio attacked and overtook Pezzini for the lead on lap seven, with the Lynk & Co driver braking late and going wide, allowing Llaver and Reis past as well.

Reis overtook Llaver for second place on lap nine, with the Cupra driver closing the gap to Barrio.

The positions remained stable, with Pezzini losing ground to Llaver.

Barrio won at the chequered flag, with Reis and Llaver completing the podium. Pezzini clinched the title with a fourth position, ahead of Rosso, Cravero and Manuel Milla (Alfa Romeo Giulietta TCR).

“I can only thank my team, because they have done everything right,” said Pezzini after the race. “From last year I knew I had a great car but, more than that, they have a great work discipline and make very little mistakes.”