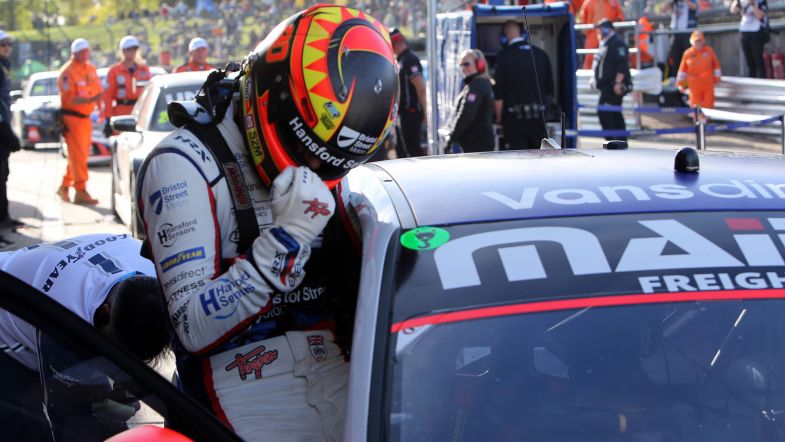 Daniel Lloyd secured victory in the final race of the BTCC season at Brands Hatch as EXCELR8 MOTORSPORT team-mate Tom Ingram wrapped up the 2022 championship title.

Lloyd started the race from pole and would lead from start to finish to grab a third victory of the campaign, despite an early caution period that backed up the field and the best efforts of Josh Cook – who would fight his way through to finish his year on the podium ahead of Rory Butcher.

The focus of attention however was on the three title contenders, with Ash Sutton leading the trio after the opening lap and Ingram having managed to get ahead of Hill.

Ingram and Hill both got ahead of Colin Turkington at the start of lap two after after the caution period called to recover the Infiniti of Rick Parfitt, would continue to run together on track with the Hyundai ahead of the BMW.

Sutton would briefly get up into the podium positions but Ingram was never headed in the points – his only real scare coming when Adam Morgan was tipped into a spin by Dan Cammish at Druids right in front of the champion elect.

The pair would close onto the rear of Sutton for fourth place but when Hill tried to go round the outside at Paddock Hill Bend, it gave Ingram the chance to nip ahead into fifth.

That was where Ingram would cross the line behind Sutton to replace the NAPA Racing man as champion, with George Gamble take sixth ahead of Hill – who found himself ending the year in third spot.