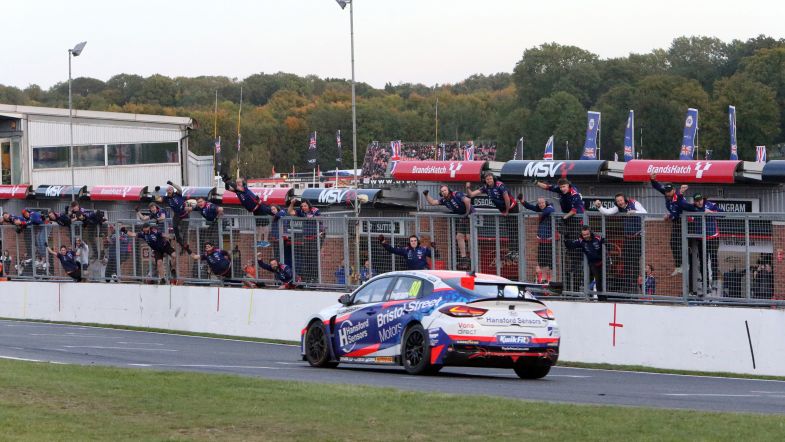 Tom Ingram admitted that victory in the 2022 British Touring Car Championship title fight was the realisation of a dream after the EXCELR8 driver emerged on top of the four-way battle for top honours.

Ingram went into the weekend sitting third in the standings but stormed to pole on Saturday to put himself in the best possible position for race day.

Converting that pole into back-to-back wins in the opening two races, Ingram had a small lead to defend into the final race of the weekend where fifth place was good enough to see him crowned champion.

“This has been a stressful weekend to end a stressful season, and a moment I have dreamt of since I was a child,” he said. “As much as this is my job and my passion, I’m a massive BTCC fan and it’s absolutely bonkers to now think my name is going be up alongside names that I watched on TV when I was ten years old.

“I’ve had a few goes at this now and when you don’t win, you do sometimes started to doubt if it will happen. This year has been particularly tough with the lack of success ballast and the fact that the hybrid performance has been relatively low when it comes to the penalty, and you had to be on it every single lap.

“The pace from start to finish has been ridiculously fast and it’s the toughest season of racing I think I have ever had.

“This is the realisation of a dream and it’s a win for every single person in the team who has worked so hard throughout the season to make it possible.”