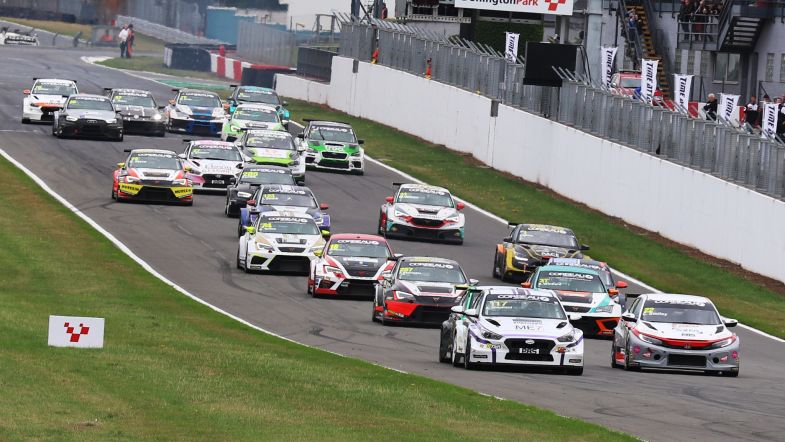 The TCR UK organisation has issued a provisional seven-round 2023 calendar in a new “multi-year” agreement with the British Racing & Sports Car Club.

The agreement will see the series return to the BRSCC portfolio having run events this season alongside Time Attack and the British GT Championship.

No place on the support package for the latter was available for 2023 after Ginetta moved its various championships away from the TOCA paddock to join GB3 and GB4 as the exclusive British GT support series.

“Whilst we have greatly appreciated the support of the Club Time Attack, I’m personally excited about working with the BRSCC once again, and our teams and drivers will enjoy and appreciate the championship’s new-look season and the opportunities that lie ahead,” said Stewart Lines, TCR UK promoter.

“We are delighted at how TCR UK has grown in recent times, with grid numbers and competitor registrations now over four-times what they were when we started. The TV and media coverage combined with the increase in spectator numbers has also served to boost the awareness and popularity of the championship.

“Our goal was always to position TCR UK where it deserves to be in the UK racing community, and this is another important and significant step in the further development of TCR UK as one of the largest and most competitive touring car campaigns there is.”

The season will start in April at Snetterton before moving on to Croft in May.

Oulton Park will host the third round in July, followed by Silverstone in August and Donington Park in September.

The season finale will be held at Brands Hatch in October.