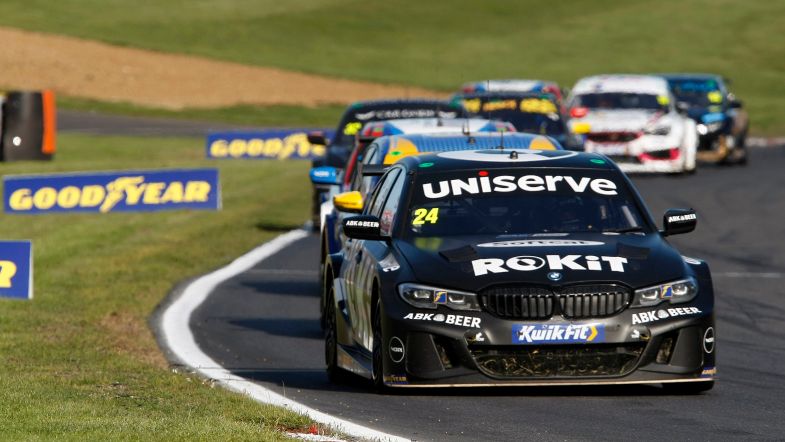 Jake Hill said he was pleased to have improved as a driver over the course of the 2022 BTCC season, despite missing out on the championship title at Brands Hatch.

Hill went into the final meeting of the season as one of the three drivers still in realistic contention for top honours, with WSR team-mate Colin Turkington retaining an outside chance of adding a fifth title to his resume.

The weekend would be dominated by Tom Ingram however, with pole and two wins allowing the EXCELR8 driver to emerge with a first title to his name.

Hill battled hard on track throughout but ultimately missed out on taking the runner-up spot on the final lap of race three when a move to try and get ahead of Ash Sutton at Paddock Hill Bend failed, although the ROKiT-backed racer admitted he couldn’t be disappointed with his campaign.

“Of course I wanted to come away from the weekend as champion but I’m still very proud of this season as I’ve had a good year,” he said. “It’s been great to be part of West Surrey Racing and to work with BMW, and there are an awful lot of lessons that I’ve been able to learn.

“I think I came of age a bit this season, particularly in the second half of the year, and I need to now try and build on it next season.

“I’ve now had experience of what it is like to be part of the battle going for the big prize on the final weekend, and the added pressure and focus that it brings. How you deal with that is key, and hopefully we’ll be involved again next year.”

Hill’s campaign would see him win three times and grab no fewer than 13 podium finishes – with nine of those top three finishes coming in the second half of the campaign.

“I really changed my mindset after the Snetterton test [in the summer] and I became a better driver after that,” he said. “I’m really proud of how we did at Knockhill with the triple podium, and also at Silverstone with all the issues of Craig [Porley – engineer] being in hospital and the circuit not being one that was expected to suit rear-wheel drive.

“I need to take the momentum and experience from this season and aim to do even better in 2023.”