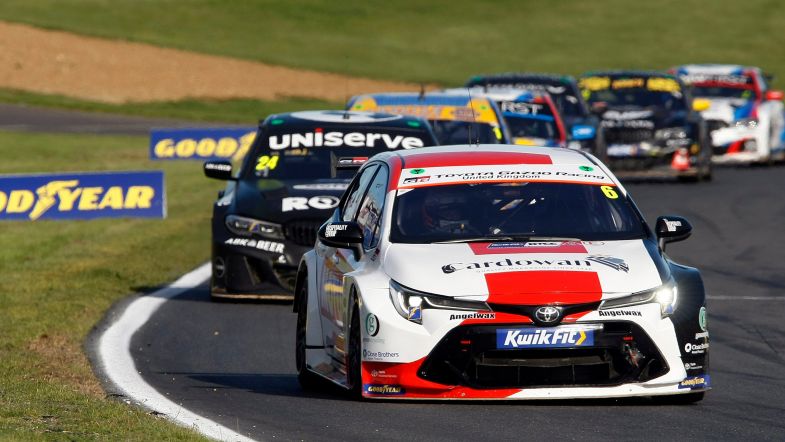 Rory Butcher says he is eager to try and extend his stay with the Speedworks-run Toyota Gazoo Racing UK outfit into a third season on the back of a strong end to the 2022 BTCC campaign.

The Scot ended the year as one of the form drivers in the series, never finishing lower than sixth across the final three meetings of the campaign and finishing on the podium in five of the final six races.

“If you look at the start of the year, we were behind the curve a bit with the change of engine and introduction of the hybrid, which shook things up a bit,” he said. “But we found form in the second half of the season and myself and Ricky [Collard] became closer as team-mates and helped to develop the car and move forwards.

“From Snetterton onwards, it was a different machine and to round off the year with five podium finishes in six races shows what we now have, and it would be good to try and exploit it next year.”

Butcher added that although no deal was currently in place for 2023, he was eager to try and stay on at the wheel of the Corolla to continue the work carried out this year.

“We were P6 in the points for quite a while but that lead gaggle was always just out of reach,” he said, “but we made real inroads in the latter rounds, which were fantastic.

“We need to harness what we found and take it into next year and whilst I haven’t put pen to paper yet, I’d like to think I’ll be staying. We’re deep in negotiations and getting closer to a deal, and it would be nice to have the consistency of another year.”