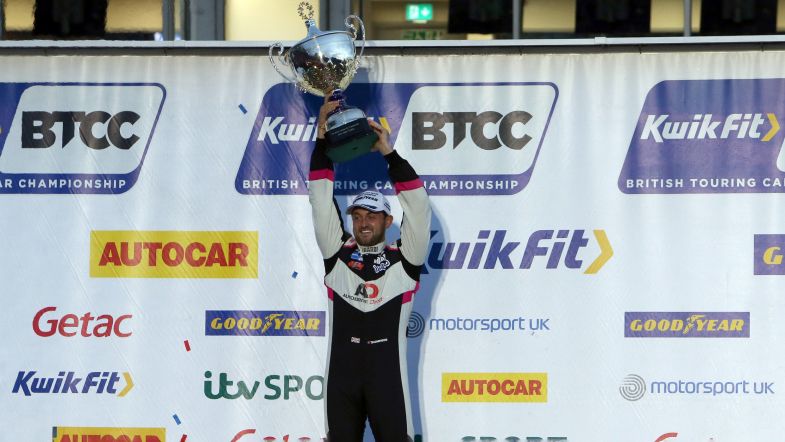 Bobby Thompson admitted to being left with mixed emotions from the final meeting of the BTCC season, despite successfully wrapping up the 2022 Jack Sears Trophy.

The Team HARD driver headed into the season finale with a comfortable lead over George Gamble in the standings, and a seventh place finish ahead of his rival in race one was good enough to secure an unassailable advantage.

That would prove to be the highlight of race day however with a head gasket issue then leaving him down on power in race two before forcing him to retire from race three.

“I’m over the moon that we wrapped up the Jack Sears Trophy and can’t really describe the feeling,” he said.

“At the same time, I’m frustrated that the head gasket issue left us down on power in race two and then put us out of race three as we couldn’t build on the potential of the car.

“To win the Jack Sears Trophy and score my first overall podium has been a good season and I think we could have been in the mix for some silverware this weekend as well.

“Round the GP loop, the chassis was so good and we were eating people up but we then lost out on the straighter bits. If we have the right power then with a bit more work across the winter, we’ve got a car here that is more than capable of fighting for the podium next year.”