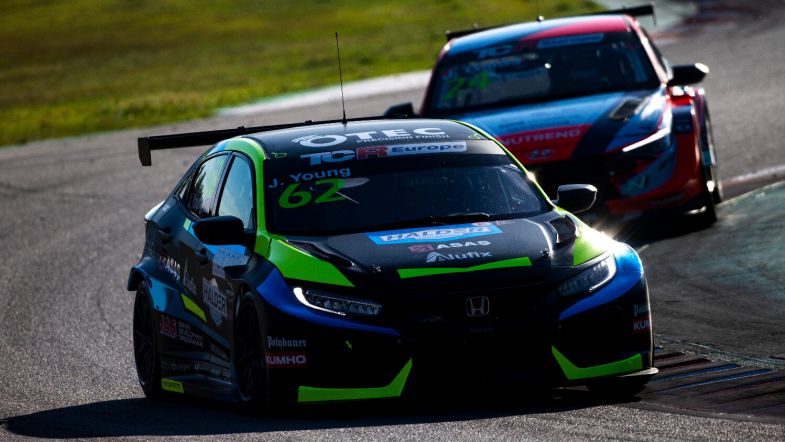 There was limited running due to two red flag periods, the first caused by Lema Racing’s Giacomo Ghermandi going off at turn one, and the second being instigated by the debuting Alejandro Geppert hitting trouble in his Teo Martín Motorsport-run Hyundai Elantra N TCR.

Young moved to the top next with Vervisch being shuffled down to fourth behind Aggressive Team Italia’s Pepe Oriola and Sébastien Loeb Racing’s John Filippi. The order changed little after that due to the red flag stoppages, and the session was not restarted after the second interruption which occurred with several minutes left on the clock.

Vervisch ended the session down in eighth place.Target Competition’s Josh Files – who will be starting from the back for race one having changed his engine ahead of this weekend’s title decider – went second fastest, ahead of Oriola, Tom Coronel (Comtoyou), Nicola Baldan (Target), Filippi and points-leading Comtoyou stablemate Franco Girolami.

Qualifying for the final round takes place on Saturday at 09:45 local time (CEST).