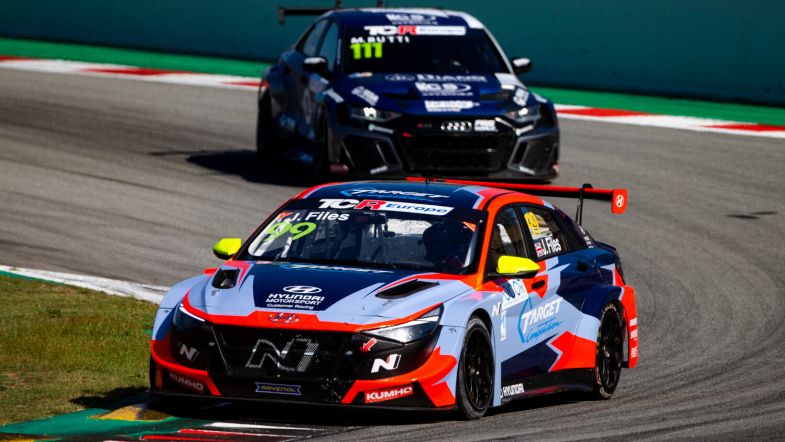 The TCR Europe paddock has been hit with scandal on the final day of the season as one of the teams accused another of intellectual property theft.

“During the course of the weekend of the final round of the 2022 TCR Europe season in Barcelona, Target Competition learned about the theft of a season’s worth of onboard videos, including winter testing by a competitor team.

“The engineer of the competitor Comtoyou Racing stole a Target Competition hard drive, downloaded the confidential videos of all our drivers without our permission or knowledge and then distributed them in pre-event Team Information to their team and drivers, giving them an unfair competitive advantage at the last weekend of the TCR Europe season at Barcelona.

“Furthermore, they also still possess all videos from the 2022 season which can be used to continue gaining an illegal advantage from our intellectual property going forward. This unsporting behaviour, in our opinion, should not go unpunished. Without a favourable decision, we will have to look into the legal options available to us.”

Following the issuing of the statement, Target team principal Andreas Gummerer spoke to TouringCarTimes to provide more details on the situation.

“We knew since Friday and we tried to solve the problem like gentlemen,” he said. “Communicating to them that not that we wanted an apology, but we wanted to talk about it. But we never got a reply, not from Audi Sport, and not from Comtoyou. On top of it, just after the Race 2 on Sunday, [Comtoyou team manager] François Verbist came and didn’t say ‘hey, can we talk’.”

Rather than a discussion, Verbist is alleged to have aggressively confronted the Target team. Several figures from across the paddock witnessed the heated argument, in which Verbist is said to have made his point using extremely strong language.

“So we have witnesses, we are really disappointed,” Gummerer added. “Not disappointed, disgusted about the behaviour of let’s say a supported team from a manufacturer. And for us it’s disqualification of the championship as a team, is the only possibility to serve [justice] to us.”

Target’s direction of action is based around that it believes the alleged actions breach an article in the FIA’s International Sporting Code.

Gummerer said that TCR Europe and WSC Group, the TCR rights holders, were also informed of the incident on Friday but did not receive a response from either party. TCR Europe will not be publicly commenting on the matter for the time being.

Gummerer alleges that although there was no formal reply from Comtoyou, the team “asked us to be quiet” prior to the statement’s release, and that the paddock confrontation was in reaction to the team seeing the statement after it was published.

“I don’t want to make any comments,” he said. “Officially I am not aware there is a statement, so I don’t have any comments to do.”