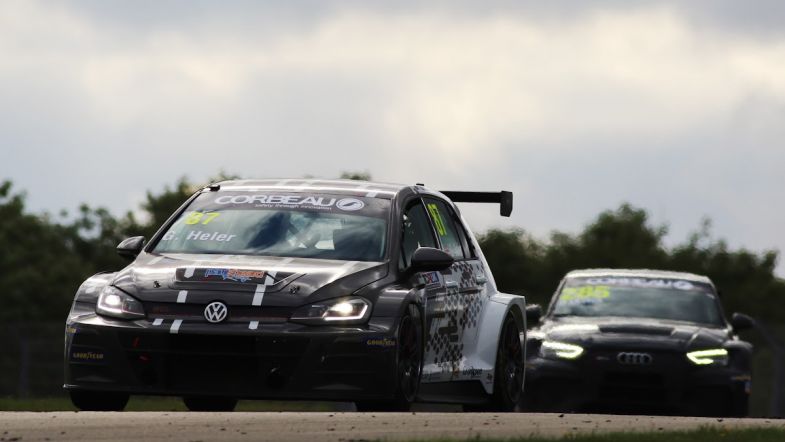 Paul Sheard Racing has confirmed that it will return to the TCR UK Touring Car Championship for the season finale at Snetterton this weekend.

George Heler scored a best finish of fifth with the team at Donington Park last time out, with Jonathon Beeson now being given the chance to show what he can do at the wheel of the ex-Dan Lloyd title-winning Volkswagen Golf GTi TCR.

Beeson has previously raced an Audi RS3 LMS TCR in Britcar Endurance with the team.

“We enjoyed a great weekend at Donington Park, where despite an issue in Qualifying, George was able to show his true pace, especially in the second race where he was battling with the likes of Jamie Tonks and TCR UK title contender Isaac Smith,” engineer Peppe Planeta said.

“Having seen how George went in the Golf back in August, it’s now Jonathon’s turn to try out the sprint racing nature of TCR Competition, having focused on Endurance events so far this year.

“We look forward to re-joining the championship at this exciting time of the season to showcase what we can do once more.”