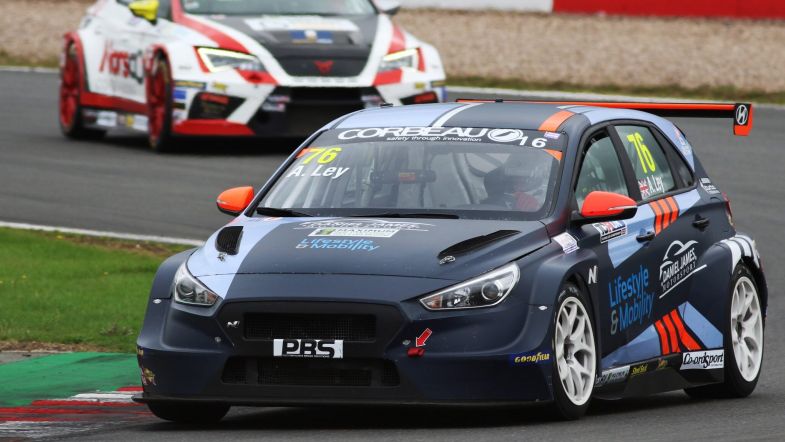 Alex Ley of Area Motorsport topped the practice session of the TCR UK season finale at Snetterton, a wet session which was red-flagged early on.

Adam Shepherd went off at Turn 1 on his second lap, bringing the red flags out.

Ley put his Hyundai i30 N TCR on top of the times with 1:25.450 and was close to three tenths faster than Honda driver Chris Smiley.

Isaac Smith rounded off the top six for Race Car Consultants, just over one second slower than Ley.