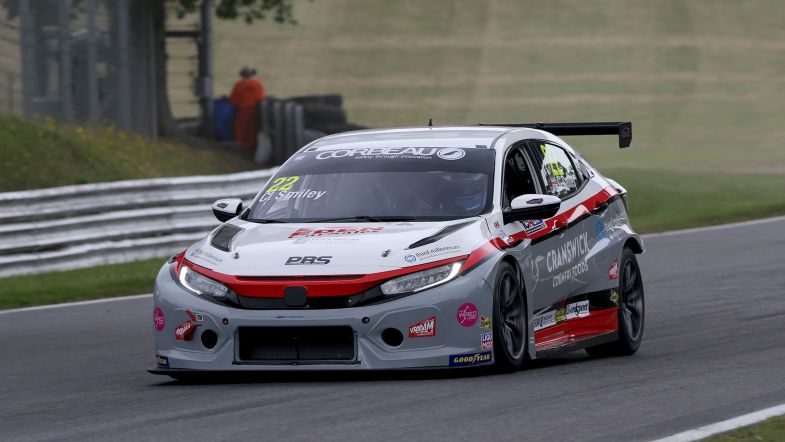 Chris Smiley claimed the 2022 TCR UK title in an eventful last race of the season at Snetterton, a race won by outgoing champion Lewis Kent.

Matthew Wilson started from the reversed grid pole position but got a slow start and dropped down the order.

Instead it was Vauxhall driver Darelle Wilson who claimed the lead from second on the grid, but it was not to last for long.

Hyundai Veloster N TCR driver Kent claimed the lead at Turn 2, a lead he kept for the remainder of the race.

Smiley and title rival Isaac Smith fought their way up the field from tenth and ninth position respectively, with Smith up to sixth and Smiley eighth at the end of the first lap.

The duo worked their way up to third and fourth respectively by mid-point of the race when Volkswagen driver Smith started to lose pace.

Smiley was all over the back of his title rival, going side-by-side several times, rubbing paint.

But it all ended for Smith as he made a mistake at Turn 1 on lap 15, dropping down to seventh position.

Alex Ley finished fourth for Area Motorsport ahead of Hyundai colleague Bradley Kent, while Audi driver Bradley Hutchison rounded off the top six ahead of Smith.

Smiley claimed the title on 392 points while Smith secured the runner-up spot on 371 points.