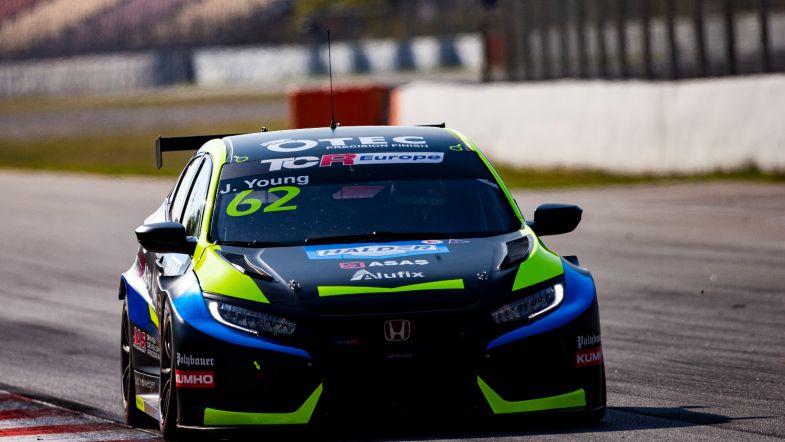 Teddy Clairet and Jack Young are amongst the additions to the entry list for the touring car race at the FIA Motorsport Games this weekend at Paul Ricard.

The pair will take their place on what has now been confirmed as an 18 car entry for what will be the second running of the event, which first took place pre-pandemic at Vallelunga back in 2019.

Home favourite Clairet will be at the wheel of his usual Peugeot 308 TCR for Team France, with Young representing Ireland at the wheel of a Honda Civic Type R similar to the one he has campaigned in TCR Europe this season being run by ALM Motorsport.

Other new additions to those previously announced include Ukrainian racer Pavlo Chabanov and Italian Giacomo Ghermandi – both of whom will be at the wheel of Cupra Leon Competición – as well as Audi drivers Valters Zvierdris and Sergio Lopez Bolotin, who will represent Latvia and Venezuela respectively.

Belgian driver Gilles Magnus is the highest placed returning driver having finished second back in 2019 to Russian driver Klim Gavrilov with Dutch racer Tom Coronel the only other driver to have finished in the top ten in the previous edition of the event to be back for another run at the title.

Zvierdris is the only other driver who completed in Italy three years ago.

Final confirmation of the grid shows that four different manufacturers will be present on the grid, with Cupra, Audi, Honda and Peugeot all represented.

The touring car event will kick off with free practice at 17:20 CET on Friday before second practice on Saturday at 12:20.

Qualifying is scheduled for later that day at 18:05 to set the grid for the qualifying race on Sunday morning at 9:40 before the medal-deciding race at 14:30.