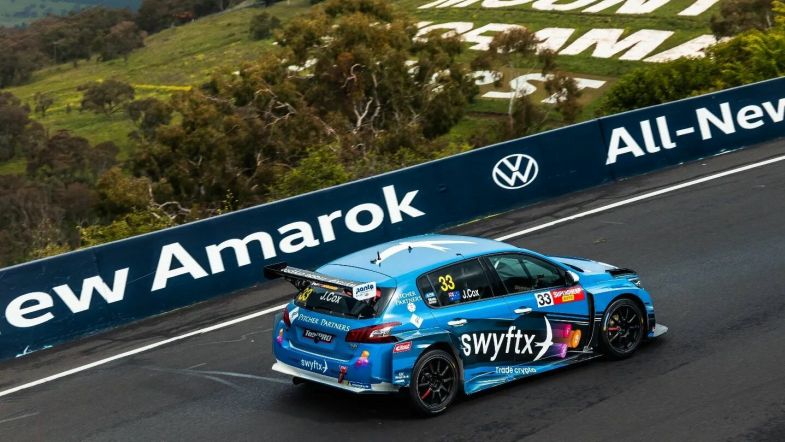 Jordan Cox hit with penalty for incident with Luke King

Jordan Cox has ben hit with a post-race penalty for his incident with Luke King in the first race of the Bathurst weekend.

The Garry Rogers Motorsport driver was hit with a five-second penalty which drops him from ninth to 14th place in Race 1 and from second to 14th on the grid for Race 2.

Cox, who is placed third overall in the standings, lost vital ground to points leader and title rival Tony D’Alberto, with the gap now up to 51 points compared to 35 points prior to the penalty. New second overall is Will Brown, 49 points behind D’Alberto.

Michael Caruso also received a post-race penalty for an incident in the first race, dropping him from fifth to tenth position. The penalty means that he will start from the reversed grid pole position.