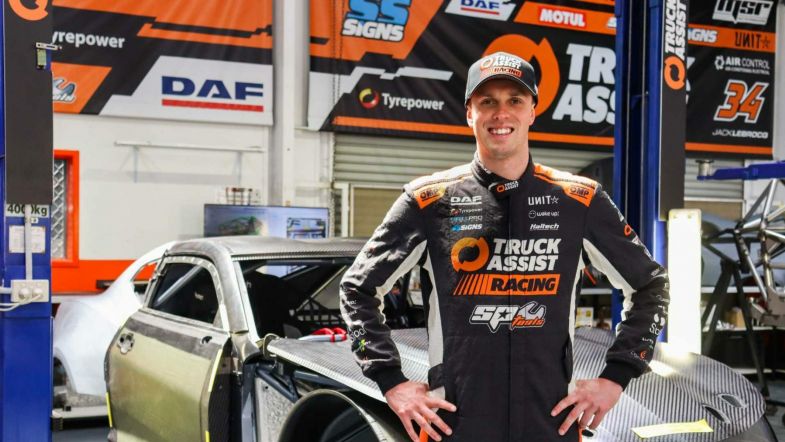 Cameron Hill has been confirmed as team-mate to Jack Le Brocq at Matt Stone Racing for the 2023 Supercars season.

Hill will make the move into the series from Super2, where he remains in contention for the title going into the final meeting of the year in Adelaide, and will be the second rookie on the grid alongside Matt Payne.

The 25-year-old is a former winner of the Australian Formula Ford series and also win the 2021 Carrera Cup Australia title.

His Supercars debut came earlier this season when he partnered Chris Piterher at PremiAir Racing for the Bathurst 1000.

“It has been a goal of mine for years to compete at the highest level here in Australia,” Hill said. “We have massive potential here at MSR. The team has been building towards Gen3 for some time now.

“Everyone will have brand new cars, and I see it as a big opportunity for myself and the team to make an impact.

“It’s the first time the playing field will have been level for years. I am grateful that Matt and the team see my potential and are giving me this opportunity.”

Team boss Matt Stone said he was pleased to give another young driver the chance to join the grid.

“It’s exciting to have another rookie in the fold here at MSR,” he said. “In Cam, we see a lot of great potential with the experiences and success that he has had in multiple categories over the past few years.

“I think he is the perfect fit for the changing dynamic that comes with Gen3.”

* – expected but still to be confirmed