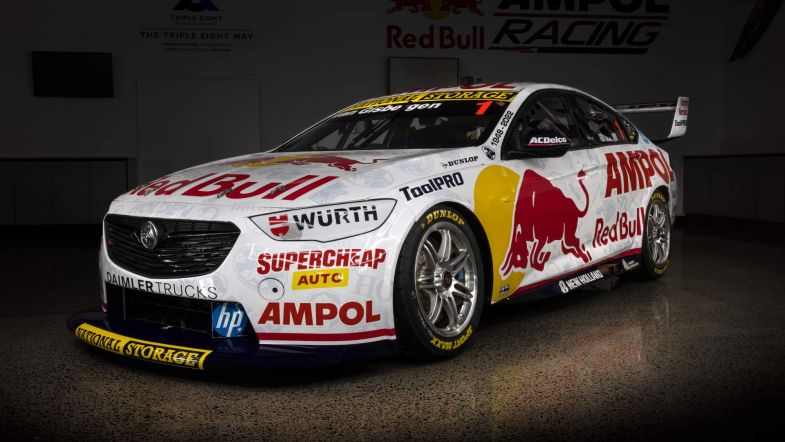 Triple Eight has revealed the special Holden tribute livery that it will run in the final race of the Supercars season in Adelaide.

The season finale will mark the final appearance of the iconic brand in the series before the Holden name is replaced next season by Chevrolet as Supercars finally moves into the delayed Gen3 era.

The livery features Holden logos and badges on an all-white design and has been designed by Peter Hughes – the man behind most of Holden’s Supercars liveries through the years.

“The idea of an all-white livery with a subtle watermark wasn’t unheard of within Triple Eight,” he said.

“Tom [Wilson, Triple Eight Commercial Director] and I [floated] the idea in the past with no luck on more than one occasion.

“When the opportunity to execute a ‘Final Triple Eight Holden’ livery presented itself ,we knew this theme would work perfectly as a truly unique tribute.

“The overall feel is a livery that is Triple Eight DNA through and through, but also with a tasteful extra twist celebrating Holden.” 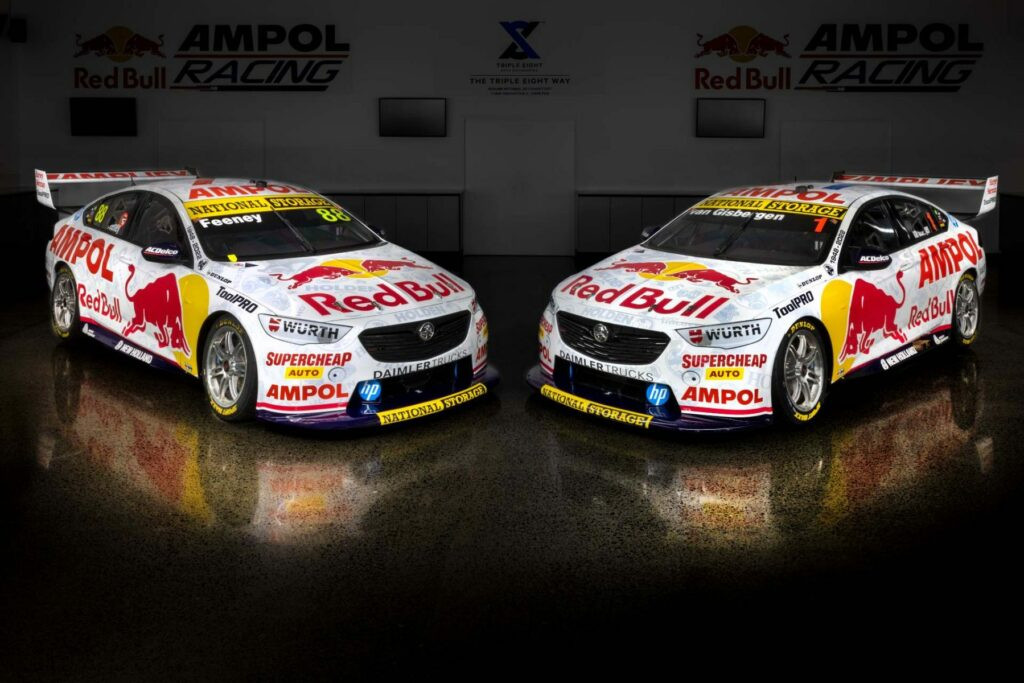 Triple Eight moved to Holden from Ford back in 2010, carrying Jamie Whincup to five of his championship titles and Shane van Gisbergen – who will switch to running the #1 this weekend – to all three of his crowns.

Six wins at Bathurst are included amongst a total of 189 Holden wins, with Whincup being the most successful Holden racer in Supercars history with 91 wins.

“There’s certainly no underestimating the significance of this year’s Adelaide 500,” he said.

“Seeing the Holden badge cross the finish line for the final time on Sunday on its home soil will no doubt pull a heart string.

“Triple Eight’s relationship with Holden started in 2010, and we’ve shared so much success over that time.

“Although it’s a time to reflect and celebrate the legacy of Holden, I want fans to be excited for the future of the sport with the introduction of Gen3 and the Chevrolet Camaro.

“Triple Eight, General Motors and Supercars have put in a mammoth effort over the past three years to get this project on the track for the beginning of the 2023 season.

“I can’t wait to be part of the Camaro vs Mustang rivalry into the future.”

Walkinshaw Andretti United — which will switch to Ford next year — will also run a tribute livery in Adelaide.