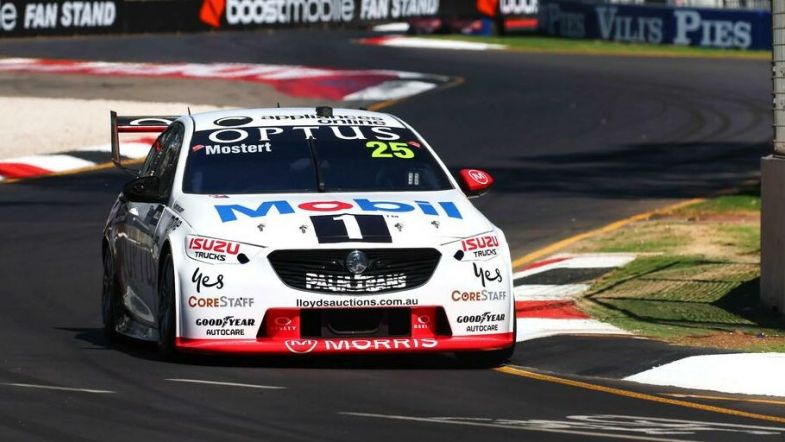 Van Gisbergen, who has already wrapped up the title, had been set to grab the top spot on his final lap, but made an error at the final corner, missing out on the top 10 shootout tomorrow.

For Mostert, however, his fortunes were far batter as he posted a best time of 1:18.676s to beat the Shell V Power Ford Mustang of Anton De Pasquale by just over a tenth of a second.

At the start of the session, it was the Shell V Power Mustangs that set the early pace, with Will Davison heading De Pasquale, with Mostert third.

A number of drivers had their early flyers deleted for exceeding track limits on their openers, notably Andre Heimgartner, who was stripped of his fastest overall lap for a kerb strike.

Brad Jones Racing’s Heimgartner did bounce back from his time deletion to move back to the top of the standings, with a time of 1:19.143.

Macaulay Jones then improved to third but he too was stripped of his time due to a kerb strike, but Matt Stone Racing’s Todd Hazelwood slotted into second ahead of Davison heading into the final minutes of the session.

The last two minutes were frantic, with De Pasquale moving back to the top ahead of Tickford Racing’s James Courtney and Cam Waters, while James Golding put his PremiAir Racing Holden into fifth ahead of Heimgartner.

Further back, Van Gisbergen was on a good lap, but the Red Bull Ampol Racing driver locked up his rear wheels under braking for the final corner and went straight on into the grass run-off.

Desperate not to impede those behind on fast laps, Van Gisbergen was forced to trundle through the grass on the exit of the corner, compromising his momentum for his ultimately unsuccessful final lap. He ended up 25th for the opening race tomorrow.

Meanwhile at the front, Mostert left it late and grabbed the fastest time just as the chequered flag flew at the end of the session as neither Courtney nor De Pasquale could improve their times.

Behind De Pasquale, was the impressive Team 18 entry of Scott Pye, who continued his strong practice pace to net third. Courtney was fourth ahead of team-mate Waters with the third Tickford Ford of David Reynolds just behind in sixth.

Golding put in a strong effort to finish seventh, a place ahead of Heimgartner while Hazelwood and Tickford’s Thomas Randle rounded out the top 10.

In his last full-time main game weekend, Penrite Racing’s Lee Holdsworth was 11th fastest, while Davison was only 15th at the finish.