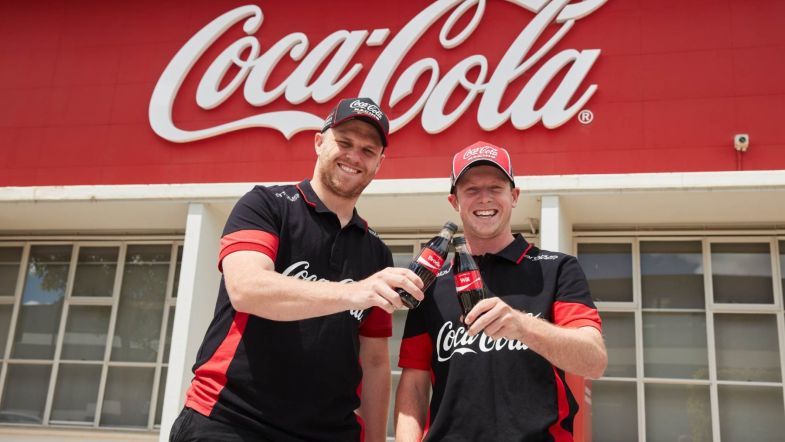 Erebus Motorsport has announced a multi-year naming rights deal with Coca-Cola for the 2023 and 2024 Supercars Championship seasons, running under the Coca-Cola Racing by Erebus banner.

“We are so excited to welcome Coca-Cola as our naming rights partner next year,” said Shannen Kiely, Erebus managing director.

“We have enjoyed a close partnership with CCEP for a number of years. We are looking forward to this next chapter as we move into an exciting time in the sport. We can’t wait to see two red Camaros on track next season.”

Erebus Motorsport will field two Chevrolet Camaros next season for drivers Will Brown and Brodie Kostecki.

The announcements marks the first time since 1996 that Coca Cola has taken full naming rights for a two-car team.

“We’re very excited about our new chapter with Erebus Racing. Supercars continues to have a strong reach nationwide with a highly engaged fan base. We can’t wait for the season to get underway.”