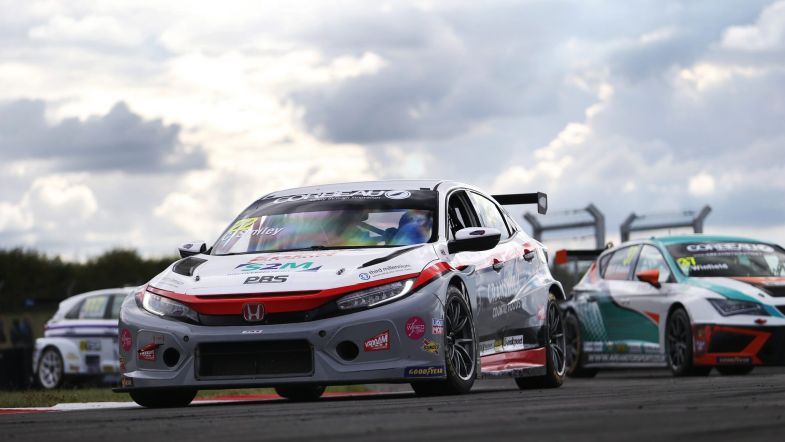 Scott Sumpton will return to the TCR UK series for a second consecutive season in 2023 after inking a deal to join forces with defending champions Restart Racing.

Sumpton makes the move from Essex & Kent Motorsport to drive a Honda Civic Type R for the team that carried Chris Smiley to the title this year.

Having tested the ex-Brutal Fish Racing car that was originally purchased by Andy Wilmot at Donington Park, Sumpton was impressed with the Civic and will bid to regularly challenge for top tens in his second TCR campaign.

“I cannot wait to get the 2023 season started,” he said. “I am very excited to be joining Restart Racing for next season and I’m looking forward to working with Ben and everyone at the team as I work to get to know the Honda Civic Type R FK7 TCR better.

“Despite the colder track conditions, my first experience in the car was very positive and I’m already starting to feel a part of the team, working alongside Ben and everyone there. TCR UK grew in leaps and bounds last year and I’m very happy to be back in the championship for what looks to be another bigger and better season.”

Team Principal Ben Taylor said he was pleased to welcome Sumpton into the team.

“It’s great to have Scott join the team for the 2023 season, at a time when, for us, it is the right decision for us to expand our line-up and commit to TCR UK further,” he said. “It’s clear that the championship is moving forward in the right direction, and we are very happy to be part of this exciting journey.

“We are excited to have Scott come on board with us, giving him the chance to learn and adapt to the Honda as well as allowing us to defend our 2022 title with two cars.”