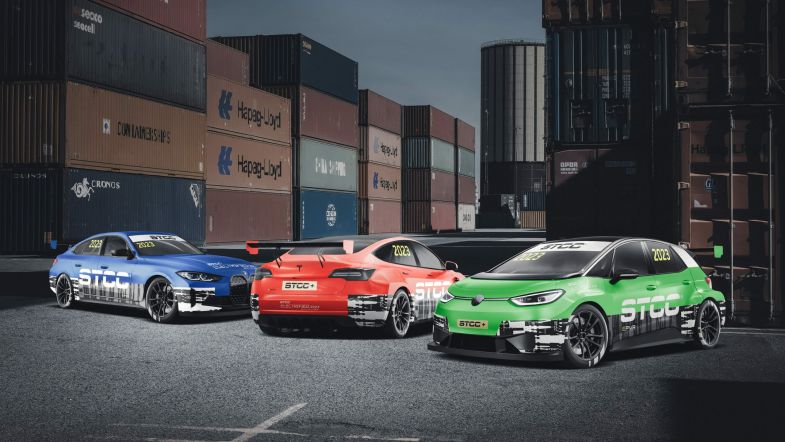 The inaugural season for the STCC under electric power will feature a capacity grid of twelve cars after confirmation that all production slots for the new 550hp machines have been filled.

“Ever since STCC was started in 1996, the absolute latest car models with the latest technology have been pitted against each other in the hands of star drivers and elite teams, a proud tradition we are now bringing into the next generation with the electrification of STCC,” Micke Bern, CEO of STCC, said.

“STCC was the first in the world to be an environmentally certified championship and to introduce ethanol and biogas. Electrification is our biggest step forward ever, not only in terms of climate-smart solutions, but also overall in terms of the sporting, entertainment level and infrastructure.

“Being able to start a completely new concept in economically tough times with as many cars as EPWR has time to produce is a strong mark that the electrification of STCC is the right way forward.

“We put STCC and Scandinavian racing in a world-leading position in terms of electric elite racing at the national level with entertainment, costs, technology and infrastructure.”

EPWR is currently hard at work on the build of the first cars, with the BMW i4, Volkswagen ID.3 and Tesla Model 3 all confirmed on the grid so far.

“To have a fully signed first production is of course a strong message and incredibly inspiring for all involved in the project,” said Micke Jansson of EPWR.

“We are working according to plan and to full capacity with our partners for 2023 where the plan is to perform a first test with all teams at the beginning of June.”