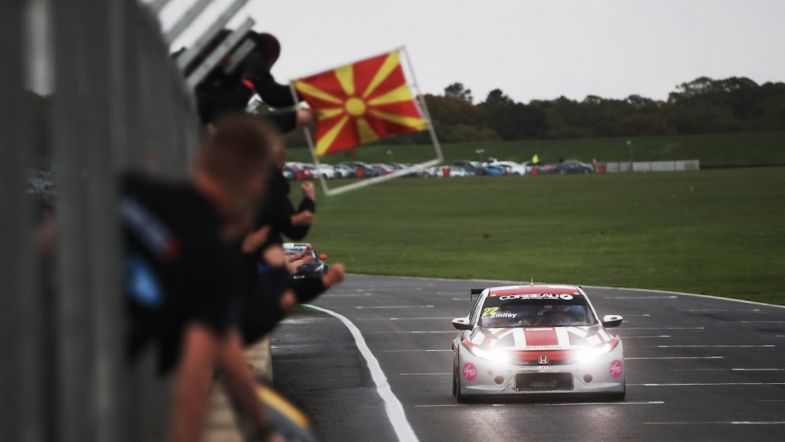 Chris Smiley to defend title in 2023

Chris Smiley will attempt to defend his TCR UK Championship title after confirming his place on the grid for the 2023 season.

Smiley will stick with the Restart Racing team that carried him to the title this season after a year-long battle with the Volkwagen of Isaac Smith, with the Northern Irishman being joined in an expanded line-up by Scott Sumpton.

Having moved into TCR following his departure from the EXCELR8 BTCC squad, Smiley grabbed pole and then the race one win at Oulton Park despite his programme with the newly-formed Restart team only coming together at the eleventh hour.

Although it would take until the season finale at Snetterton for Smiley to win again, consistent points scores proved to be key in him securing the title for the first time.

“I’m excited to be staying on with Restart Racing and everyone with the team for a second consecutive season, where our goal is to carry on from where we left off in 2022 and defend the title next year,” he said. “We’re going to do the best job that we can in every event with the aim of repeating that title success.

“It’s great to see the championship move back into being a headline act for next year and racing at the best circuits in the UK, where we can really take the show to the fans. 2023 is already looking like a more competitive year than 2022 was and I’m keeping an eye on the new Honda Civic Type R FL5 TCR that will be released next year, it’s a great-looking car.”

Team principal Ben Taylor added that keeping Smiley onboard was key for the 2023 campaign.

“The team went through a whirlwind journey in 2022, starting from nothing, to winning the 2022 TCR UK title at Snetterton and competing in the FIA Motorsport Games seven months later,” he said. “We learned a lot in that time and that experience will be put to good use as we work on our 2023 programme.

“To be able to work with Chris again and defend the title is fantastic for the team. The move to a two-car line-up for next year shows our commitment not only to TCR UK but also to Honda as we look to repeat the success we enjoyed last season.”