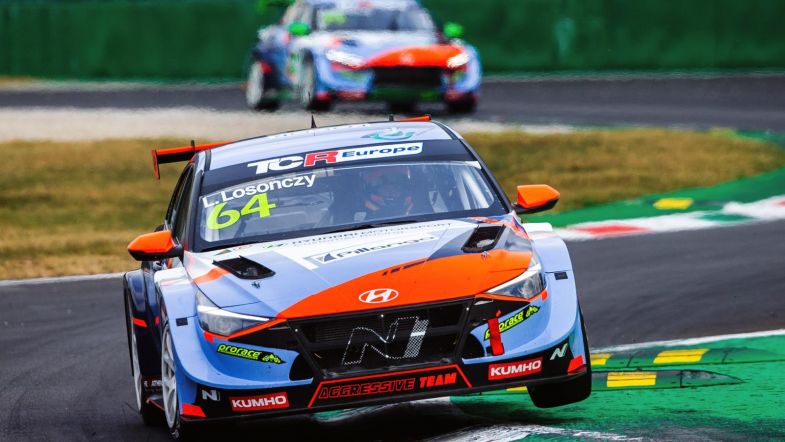 Hungarian racer Levente Losonczy is to run a dual programme in TCR Europe and TCR Italy in 2023 after agreeing a deal to stay with the Aggressive Team Italia squad.

Losonczy contested the final two races of the TCR Italy season with the Hyundai team this year, and also entered the Monza rounds of the TCR Europe campaign – albeit only starting one of the two races.

The youngster will now compete full programmes in both series to continue his TCR education, running in a Hyundai Elantra N.

“I’m proud to stay another year with Team Aggressive Italia,” he said. “I’m very excited by the idea of racing the full season in two competitive series such as TCR Europe and TCR Italy and I thank the team for giving me this opportunity.

“My goal is to fight for the top positions from the very start of the season.”

Team principal Mauro Guastamacchia was pleased to welcome Losonczy into the team on a full-time basis.

“We are happy to continue with Levente next year, as he has become a member of our family,” he said. “He has shown his potential this year in his maiden season, and now we aim for living together this double challenge in TCR Europe and TCR Italy as leading runners.”