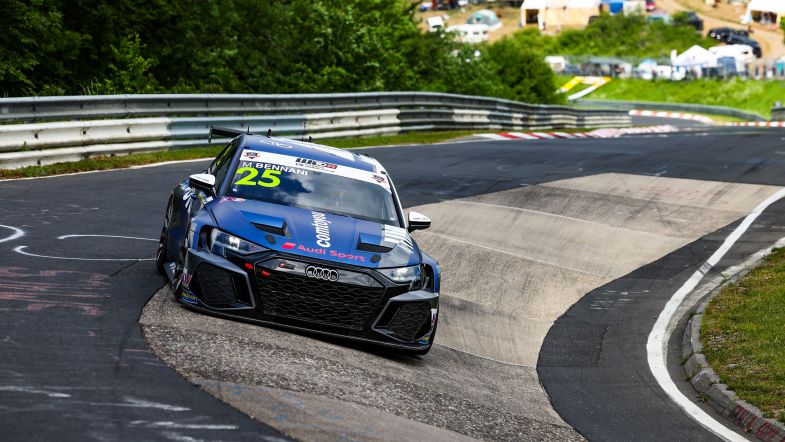 The Paul Sheard Racing team has confirmed that it will make a full-time move into the TCR UK Championship for the 2023 season.

The team competed in the events at Donington Park and Snetterton this year with a Volkswagen Golf GTi, but will expand to run a pair of ex-Comtoyou Racing Audi RS 3 LMS cars – marking the first time that the latest Gen 2 version of the car will have raced in the UK.

“After the two entries we had at Donington Park with George Heler and at Snetterton with Jonathon Beeson, its clear to us that we should be a part of the championship full time and 2023 is the first part of that journey for the team,” race engineer Peppe Planeta said.

“With the level of TCR competition growing on a global scale, we are proud to bring the Audi TCR Generation 2 model to TCR UK. In order to fight for the title, we need to be in the best cars possible and aim to hit the ground running with both Joe and Garry.

“We do have a third Audi waiting in the wings and we are looking to bring that car into the championship with the right driver combination. The team are currently taking enquiries.”

Having previously raced with the team in Mazdas, Marshall admitted he was delighted to now have the chance to rejoin the line-up for his TCR debut.

“I’m really pleased to announce that I have finalised a deal with Paul Sheard Racing ahead of the 2023 TCR UK season,” he said. “It’s like a blast from the past as I started my racing career in Mazdas with Paul back in 2018 with some great results.

“I’m confident we can carry that successful partnership forward into TCR UK – the Audi is a phenomenal car and has proved its worth abroad already. I can’t wait to get started!”

Townsend meanwhile was equally excited having already had chance to sample the Audi during testing.

“I’ve raced for the last 37 years without missing a season and I can say that after trying the Audi in testing, I’m very excited for what 2023 will bring,” he said. “I was impressed with the level of grip in the car and how easy I was able to adjust to it.

”Touring Cars was always the aim and after spending many years trying, I’m finally able to go racing in a touring car at a time when TCR UK is on the up. It’s an exciting time to join the championship.”