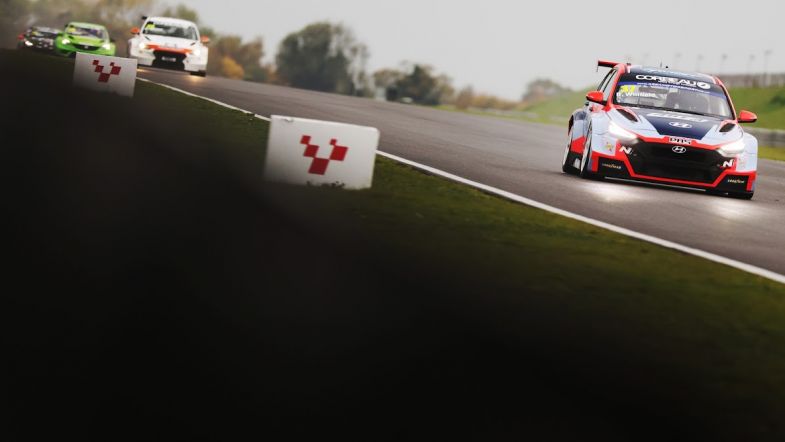 Bruce Winfield sticks with Hyundai for 2023

Bruce Winfield has confirmed that he will return for a third season in the TCR UK series this year with the Hyundai he debuted in the 2022 season finale.

Winfield used the ex-Target Competition car for the first time at Snetterton having previously driven both a Cupra TCR DSG and then a regular Cupra TCR across the previous two seasons.

The multiple race winner took second in the standings in 2021 and finished third last year, with his goal now being to push for the title in the Area Motorsport-run car.

“After two years of driving the Cupra TCR DSG and the Cupra TCR, I’ve made the switch to the Hyundai and I’m looking forward to making the move to the front end of the field in 2023,” he said. “I’ve been with Area Motorsport for five years and I see no reason to make a change ahead of the new season.

“I finished second in 2021 and third in 2022, however, the level of competition has increased each year and my achievements mean more because of that fact. 2023 is looking like the toughest season yet in TCR UK and that’s a great sign of things to come for next season.”