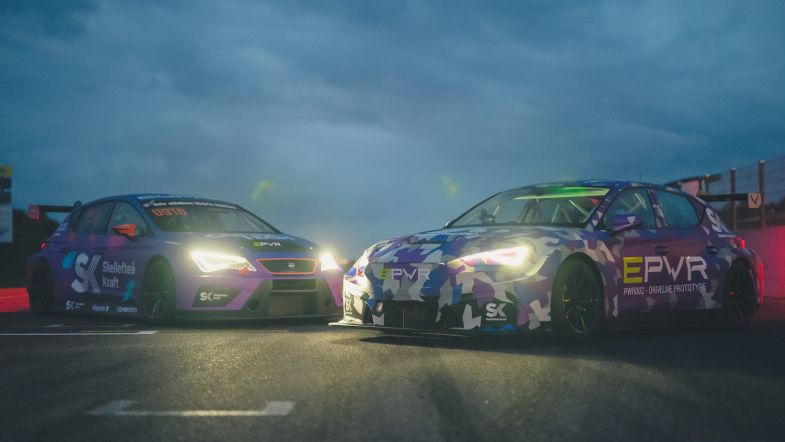 Falkenberg will play host to the first race of the STCC’s new electric era after the finalised dates were revealed for the 2023 season.

The campaign had been due to start on the streets of Helsinborg but that event has now been put back to a date in August to avoid clashing with a concert.

The calendar also reveals that Skellefteå will make a return to the STCC having been handed the second meeting of the year, which is one of two meetings – alongside Knutstorp – that will include an extensive focus on electric machinery off-track to showcase technology to visiting fans.

“We are creating a strong concept together with our partners where we offer both sponsor guests and racing fans a unique experience that is focused around the electrification of Sweden’s vehicle fleet and motorsport,” Micke Bern, CEO of STCC AB, said.

“Here we combine adrenaline-filled STCC races with a focus on the latest EV technology, test drives of new models, ride-alongs and spectacular entertainment. The plan is for us to expand with more of these events from 2024 onwards.”

In total, seven events will make up the calendar for the opening campaign, with an official test in mid-June at Ljungbyhed Motorbana being followed by six race meetings.

Falkenberg is scheduled for the start of July to kick off the competitive action before the move to Skellefteå in early August – which is the first of three events to run on a single day.

Gelleråsen Arena and then the revised Helsingborg street meeting follow later in the month before Knutstop and the Mantorp Park round out proceedings in September.

“We have a new date for Helsingborg to avoid a clash with the Håkan Hellström concert, where instead we get an exclusive date in August which will give us very good conditions for plenty of spectators,” Bern added.

“The change also gives us and the teams better conditions to launch the biggest change to the STCC since its inception in 1996 with the construction of a complete starting field of all-new electric racing cars.”

As well as confirming the calendar, the STCC has revealed that the Ljungbyhed test will play host to a special event to help young students gain an insight into electric technology as they consider their own career plans.

“We have started a collaboration with schools in the south Swedish region where we will have over 1000 students on site to gain an insight into the electrification of both STCC and Sweden’s vehicle fleet and what it means for future career opportunities together with our business partners,” the STCC’s Ted Johansson said.

“This programme goes hand-in-hand with our investment in the regrowth of the STCC, including in collaboration with the electric Junior series NXT Gen Cup. We work hard to bring out new, young talent in terms of drivers as well as engineers and mechanics.”