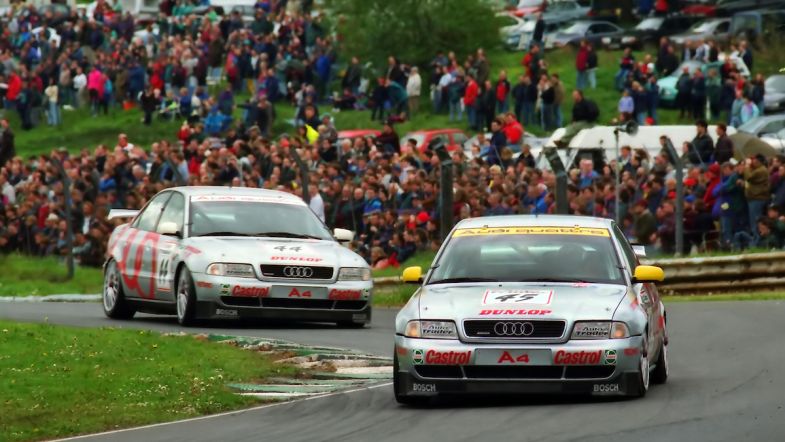 John Wickham, team manager during Audi’s successful foray into the BTCC in the Super Touring era, had died.

Wickham enjoyed a long and successful career in motorsport that included stints in Formula 1 and sportscars before joining forces with the late Richard Lloyd to oversee Audi’s entry into the BTCC with the A4 Quattro for the 1996 season.

The four-wheel drive machine would be the class of the field as Frank Biela kicked off the season with four straight wins, and would only finish outside the top four three times in 26 races.

In total, the German racer would pick up eight wins to beat Alain Menu and Rickard Rydell to the title, with Audi seeing off the challenge BMW to the Manufacturers’ crown.

Although additional weight added to the car for 1997 prevented Biela from defending the title, he would take a further five wins to end the season as runner-up to Menu, with team-mate John Bintcliffe also making it onto the top step of the podium on two occasions.

The team would compete for a third and final season in 1998, although the switch to the front-wheel drive A4 meant it was unable to hit the heights of previous seasons – with a second place finish for Yvan Muller at Knockhill being the best result of the campaign.

After Audi’s withdrawal from the BTCC, Wickham returned to sportscars and worked on Bentley’s Le Mans-winning programme in 2003 with the iconic Speed 8 machine.

A key figure in the A1GP series that ran for four seasons, Wickham remained active in the sport until being diagnosed with Motor Neurone Disease in 2018, and passed away at the age of 73.