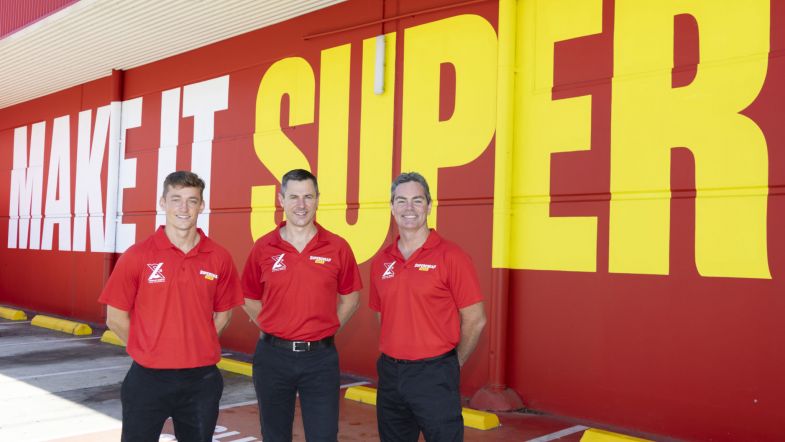 Zane Goddard is set to join forces with Craig Lowndes in a Triple Eight wildcard entry into the enduro races on the 2023 Supercars Championship calendar.

Goddard, who last raced in the series on a full-time basis back in 2021, will follow in the footsteps of Broc Feeney and Declan Fraser in joining Lowndes at the wheel of an entry backed by Supercheap Auto – subject to the wildcard gaining approval from Supercars.

Last season, Goddard raced alongside James Courtney at Bathurst, although the Tickford Racing entry was forced out by an early accident.

The 23-year-old will now hope to follow in the footsteps of Feeney and Fraser, both of whom moved into full-time seats on the back of their respective enduro outings; the latter taking the highest finish for a wildcard at Bathurst with Lowndes last year.

“I’m super excited to be joining the team this year,” Goddard said. “The Supercheap Auto wildcard programme has been so successful for the past two years, and to join a team that has been so dominant in both the drivers’ and teams’ championships is amazing.

“Having Craig to learn off, not just on the track but also off the track is going to be a great experience and to also work with an iconic brand like Supercheap Auto is fantastic, and an opportunity I couldn’t turn down.

“When I was younger, I loved watching Lowndesy winning races, and to now be partnering up with him for the enduro season is amazing – hopefully we can win some races together. To learn off him is going to be the most valuable part; the way he is with sponsors, TV, the way he drives, the way he conducts himself – there’s a lot to learn off him. There’s no one better to learn off especially leading into Bathurst because he’s won so many times.”

The 2023 Bathurst will be the first for the new Gen3 cars that debut in the series this season, and Goddard added that experience at the wheel of the cars during testing would be beneficial going forwards.

“It’s not very often you get a new car, so that’s going to be special as a race car driver,” he said. “The Camaros look awesome and they’re going to look even better on the track. I had a little bit of an involvement in the Gen3 programme last year as a test driver, so hopefully I have an upper hand there. They’re awesome cars and a lot of fun to drive – I think it’s exactly what the category needs.

“I’ve obviously been in the main game before and my aim is to get back there, so working with a great team, a great driver and a great sponsor is hopefully going to help me achieve that. You can develop so much as a driver working with such a great team on and off the track. I really want to get back in a supercar in a full-time capacity and the last two drivers of the Supercheap Auto wildcard program have achieved that.”

Lowndes himself said he was pleased to have the chance to increase his involvement with Goddard.

“I’ve been working alongside Zane for the last couple of years,” he said. “We’ve been doing some demonstrations together with the Gen3 car, so I got to know Zane pretty well over this time, as well as his stint in the main game.

“He’s a great young kid with great speed, and a great head on his shoulders. For me, I’m really looking forward to going to Bathurst this year in the wildcard and share the load both on and off the track.

“I really enjoyed the mentoring side of things last year with Declan (Fraser). I think that Zane is a bit further down the path then what Declan was or is now, so for me I don’t think it’ll be as intense but off the track, hopefully we can share the knowledge and experience we have, especially when you go to Bathurst because it’s such a long week.”