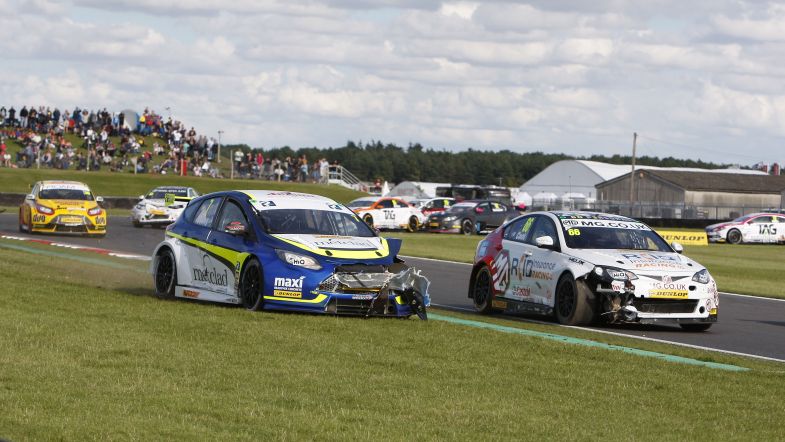 No further penalties despite incident-heavy race day at Snetterton

The penalties for the Snetterton race weekend have been confirmed, with just Maximum Motorsport’s Stewart Lines and BTC Norlin Racing’s Dave Newsham penalised as reported earlier for incidents in the first and second races only, with no action for any of the dramas from the third race.

The number of penalties belies the number of incidents over the race weekend, with a number of cars requiring repairs before the trek to Scotland in two weeks’ time.

Championship leader Gordon Shedden was caught up in an incident with Laser Tools Racing’s Aiden Moffat at the end of the first race, with Shedden losing two spots and Moffat dropping out of the points. The Triple Eight cars of Josh Cook and Aron Taylor-Smith were caught up in a number of incidents, seemingly most often involving the AmD Tuning Audi S3s of Ollie Jackson and Ant Whorton-Eales.

Rob Austin retired in races one and three with contact, colliding with Tom Ingram’s Toyota in the first race, and then hitting brief championship leader Ash Sutton in the third race at Oggies, though it was unclear whether Austin himself was hit from behind heading into the corner.

Subaru’s Jason Plato and WSR’s Andrew Jordan both came together at the start of Race 2, with Plato run wide and dropping out of the points, while Team Dynamics’ Matt Neal retired in Race 3, with the triple-champion suspecting contact from the Toyota of Tom Ingram, though that remained unclear.