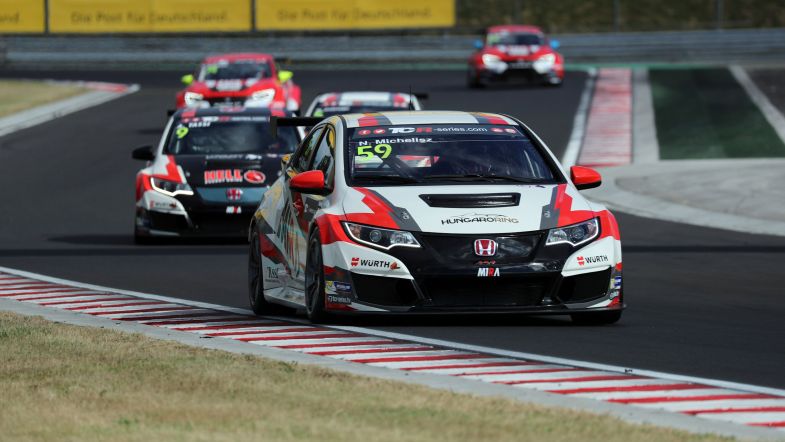 M1RA have confirmed a three-car effort this weekend in Thailand, just a day after confirming championship contender Roberto Colciago has been ruled out. The team have confirmed that team principal Norbert Michelisz will drive for for the team as well as Italian driver Giacomo Altoè.

16-year-old Altoè jumps ship from WestCoast Racing to join the Hungarian M1RA team, partnering up with Attila Tassi, just two years his senior, who is second in the drivers’ standings with three rounds remaining.

Team owner Norbert Michelisz will drive for the team for the second time this year, with his aim to support his protégé’s championship challenge in a third Honda Civic Type-R TCR, while he continues his charge to win the 2017 World Touring Car Championship drivers’ title.

Colciago was confirmed as unable to compete after having not recovered from a rib injury sustained in the Race 2 crash at Oschersleben two months’ ago.

“This unexpected news left us with a very short period of time to find a suitable replacement, but we are very pleased to welcome Giacomo – who is in his rookie season of TCR International – to the team,” said the team in a statement.

“Giacomo joins the team having made superb progress in recent months, including top-five finishes at each of the past two TCR International rounds, and we are excited to have him supporting M1RA’s push for the drivers’ and teams’ titles.

“Norbert, by contrast, is an extremely experienced driver and successful driver and claimed an impressive pole position and podium finish on his series debut with M1RA at the Hungaroring in June.

“We’ll all be working very hard to score the best results possible in Roberto’s absence and hope he can return to the cockpit of the Honda soon.”