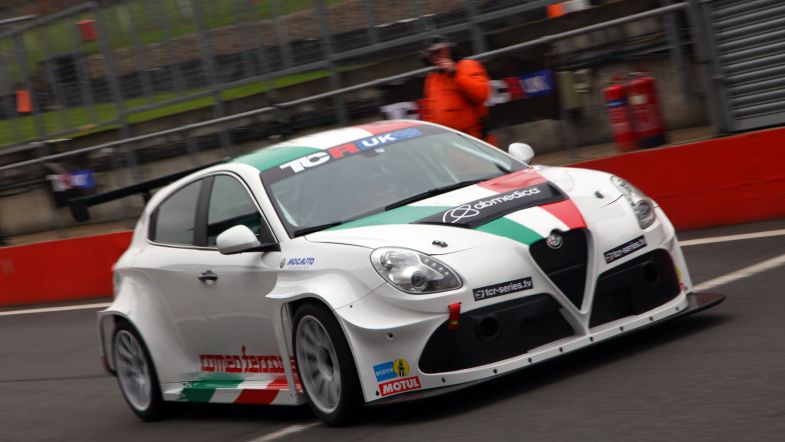 British Touring Car Championship racer winner Aiden Moffat is to be part of a two-car entry into the new TCR UK Series this season.

Moffat, who will continue to race in the BTCC with his Laser Tools Racing Mercedes, will be at the wheel of one of two Alfa Romeo Giuliettas entered into the series by the Scottish DPE Motorsport team.

Former BTCC driver Derek Palmer will drive the second car, with the possibility of a third car being added later in the season.

“Any petrolhead loves Alfa Romeos,” team manager Derek Palmer Sr confirmed, “and it fulfills a personal ambition of mine to run two of these fantastic cars with two brilliant young drivers in the British arm of the world’s top touring car series.”

News of the Alfa Romeo programme in the UK comes on the same day that confirmation came that former BTCC champion Fabrizio Giovanardi will drive a Giulietta in the new World Touring Car Cup.

“We are very happy to start a collaboration with Derek Palmer and his experienced team,” Michela Cerruti, operations manager for the Romeo Ferraris outfit that has developed the car, said. “Since we made the first tests in the UK at the end of last year, we have found a lot of interest and passion towards the Alfa Romeo brand and our Italian product.

“Alongside the other programmes of the 2018 season with our Alfa Romeo Giulietta TCR, it is for sure an additional value for us to be in the TCR UK championship and we will support the team and the drivers as much as we can in order to achieve great results.”