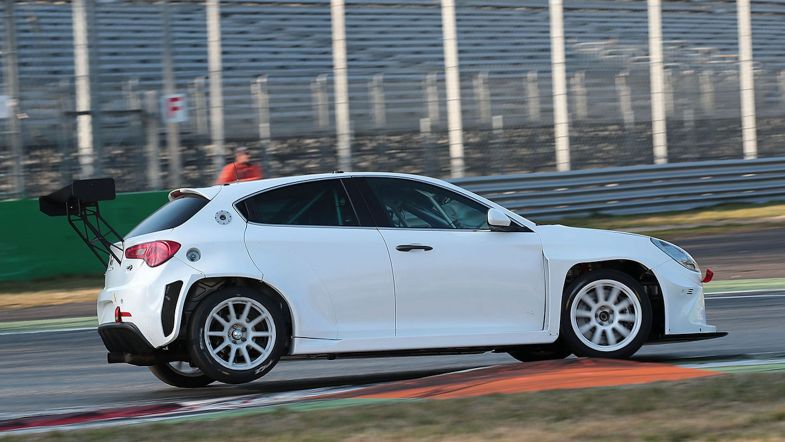 Fabrizio Giovanardi will be reunited with the Italian brand with which he enjoyed success in the early part of the 21st century, driving an Alfa Romeo Giulietta TCR for Romeo Ferraris in the 2018 World Touring Car Cup.

The 51-year-old is the latest touring car superstar confirmed for the 2018 WTCR season, which has already seen huge names such as Yvan Muller and Gabriele Tarquini returning, alongside established WTCC champions such as Rob Huff and Thed Björk.

Giovanardi, who drove with the Romeo Ferraris team in a test at Monza two weeks’ ago, will be back in a World Touring Car for the first time since 2006, when he raced a JAS Motorsport Honda Accord in a partial campaign while he raced in the British Touring Car Championship.

“I wish to thank everybody at Romeo Ferraris who have made it possible to reach an agreement for the 2018 season,” said Giovanardi.

“I had the pleasure of driving the Alfa Romeo Giulietta TCR very recently, and I was very very impressed by the car. For me, it will be a come back on the world stage after a few years out of racing, but my passion and thirst for victory are intact. At Monza, I had the chance to start a journey that hopefully will bring a lot of satisfaction for all those involved in the Alfa Romeo Giulietta TCR by Romeo Ferraris project.”

Romeo Ferraris make a significant step forward with the signing of Giovanardi, after two years developing the car in the wild, with Michela Cerruti and Petr Fulín driving the car in 2016, and with Dusan Borkovic and Davit Kajaia racing the car last year under the GE-Force banner, taking three victories in the TCR International Series.

“To be able to have Fabrizio with us in such an important venture is a crucial element of our programme,” said former driver-turned-operations manager Michela Cerruti.

“Racing at the highest level in 2018 represents a big step forward for our organisation and for Team Mulsanne, who will be competing against many prestigious brands and top teams. From our side, we have progressed with the Alfa Romeo Giulietta TCR by Romeo Ferraris, and the positive feedback received from Fabrizio at the test in Monza has made it possible to materialise what at the beginning was only a dream. Still, we do not live in wonderland, and we know we’ll have to perform at 100% to be competitive in a top series as challenging as the WTCR.”