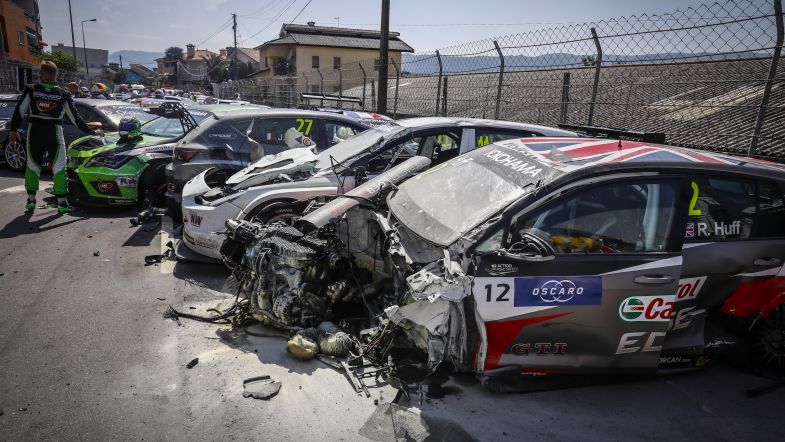 After ever-increasing costs and a lack of manufacturer involvement proved to be the end for the World Touring Car Championship, the decision to merge with the TCR International Series for 2018 was supposed to be the start of a new era for touring car racing on the global stage.

Having been created by former WTCC boss Marcello Lotti and launched in 2015, the TCR concept had quickly established itself on the touring car scene with the International Series being joined by various national and regional championships.

With hundreds of cars being and hitting the track in a matter of years, the switch to TCR regulations for the WTCC – albeit as a World Cup as opposed to a World Championship – appeared to make a lot of sense.

At the same time however, there were potential pitfalls…

For a start, there was the question of how the relationship between Lotti and Eurosport would work after the Italian had been ousted from his role in charge of the WTCC in early 2014 – a move that ultimately led to him creating TCR as a concept in the first place.

Then there was the issue of how the Balance of Performance – now being managed by TCR and the FIA – would play out, with arguments over BoP having emerged on more than one occasion over the course of what would prove to be the final TCR International campaign in 2017.

Finally there was the issue of costs – with entry fees for the inaugural WTCR season being almost double those seen in the final year of the TCR International Series.

Despite that, the inaugural season saw an impressive entry list put together featuring some of the biggest names in the sport – with the likes of Gabriele Tarquini, Yvan Muller, Rob Huff and final WTCC champion Thed Björk signed up by leading teams such as BRC Racing, Münnich Motorsport and Sébastien Loeb Racing.

A 30-date calendar would see events run in Africa, Europe and Asia with the title battle ultimately coming down to old-stagers Tarquini and Muller; with the Italian lifting the title by just three points.

Season two would prove to be something of a changing of the guard as Norbert Michelisz grabbed his maiden title, being followed in years three and four by Frenchman Yann Ehrlacher as he become the only driver to win the WTCR title more than once.

When Mikel Azcona then became the final champion this year, it capped a short-lived era featuring plenty of high-quality racing between some of the most talented drivers on the globe.

So, what went wrong? 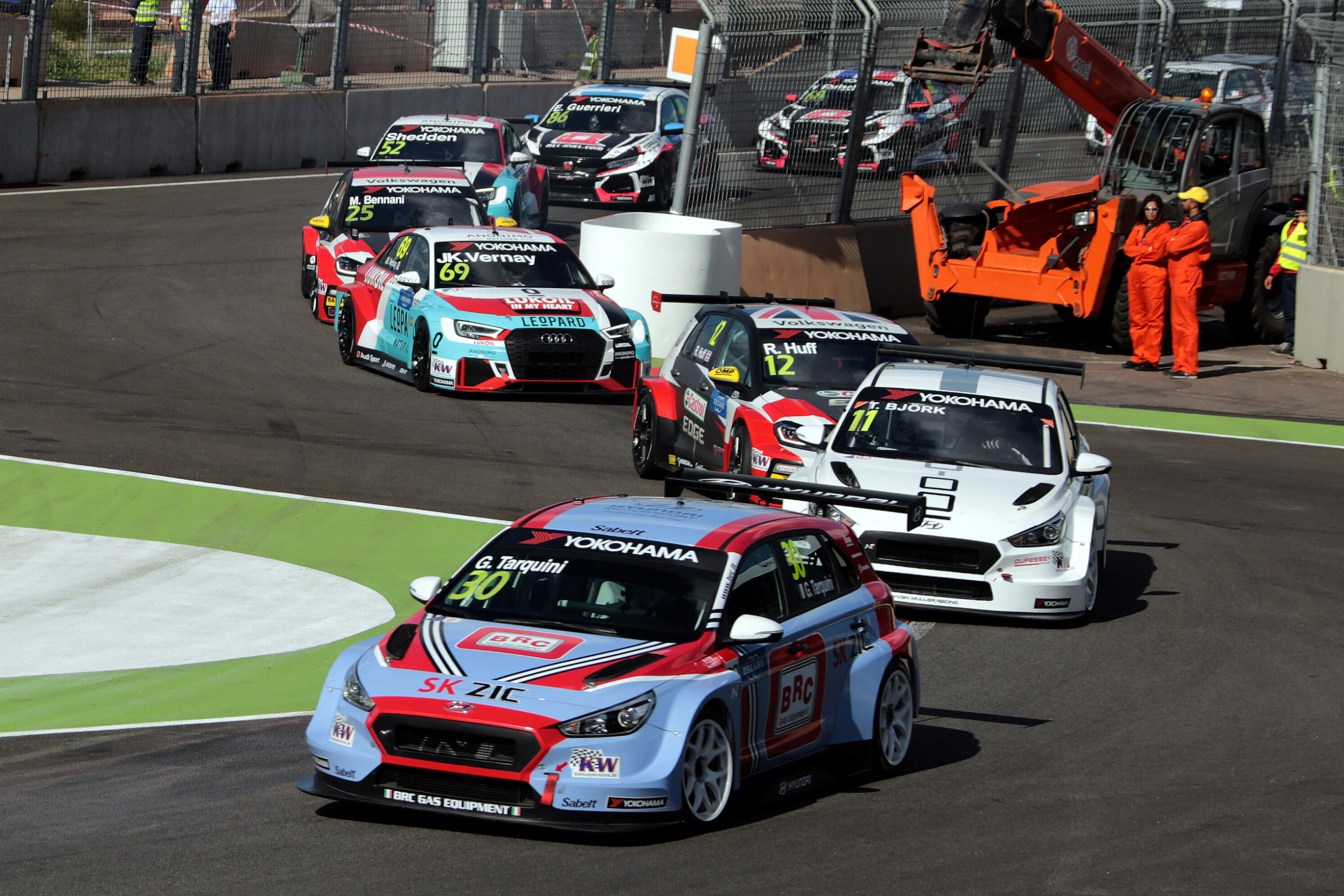 Arguments over BoP and the use of compensation weight emerged as early as round one of the WTCR in Morocco in early 2018.

Those arguments would rumble along in the background throughout the inaugural season, with Muller amongst the critical voices to emerge in the early stages of the campaign when Hyundai – having starred in the opening rounds – suddenly saw its performance pegged back.

Things would ultimately come to a head in Slovakia – where three of the Hyundais were excluded from the first qualifying session and three Hondas then thrown out of the second due to issues relating to boost.

The Boutsen Ginion Racing cars of Benjamin Lessennes and Tom Coronel would be excluded from the second and third races despite the team arguing that the BoP introduced by the FIA that weekend didn’t comply with the regulations – calling into question how the system was being managed between the governing body and those in charge of running the series.

Throughout WTCR’s tenure, arguments over Balance of Performance and Compensation Weight would be a regular thing; at times seeming to generate as many headlines as the action on track.

On the one hand, it was easy to see why the system was so divisive, with teams and drivers that had produced strong results on track feeling they were being unfairly penalised by a system that they felt was then making them uncompetitive at following events.

On the other however, organisers wanted to not only ensure that there was a level playing field across the grid, but also wanted to keep down costs – rather than allowing the series to become a free for all whereby whoever was prepared to spend the most money on their car would ultimately come out on top.

To an extent, it was a case of damned if they do, damned if they don’t for those in charge as even with their systems in place, there were multiple occasions where people were accused of manipulating it to their advantage – such as when rivals claimed the Lynk & Co drivers were taking it easy in qualifying sessions to gain a more favourable level of Compensation Weight for the following events.

The idea of Balance of Performance is nothing new and is used successfully in a wide range of different championships beyond TCR. The various GT categories operated by the SRO Group are perhaps the best example, whilst success ballast in the BTCC was used to even things up for a number of years.

The issue for WTCR was that the many variables being used appeared at times to be a step too far, with ride height, minimum weight and engine power all being subject to change before Compensation Weight was even factored in.

Whilst fans didn’t want to see one team dominating at the front, it also didn’t sit well that the system provided such wide variables in performance – and there were plenty of drivers by the end who shared a similar view. Although manufacturer entries were not permitted in WTCR under the regulations, there were two notable occasions with direct manufacturer involvement that would ultimately prove to be detrimental to the series.

It showed the way in which the relationship between the series and the manufacturers would become strained over time, the first coming in 2020 when Hyundai instructed BRC Racing and Engstler Motorsport to sit out the Nürburgring meeting in an argument over BoP.

It came as a result of waiver handed out to a number of teams to run a 2019 ECU rather than a new unit that had been introduced for 2020, with poor results at Zolder in round one that Hyundai blamed on Balance of Performance leading to it saying that it felt ‘neither the company nor its customer teams are given equal treatment in the series’.

More serious would be the issue that arose this year involving Lynk & Co, and which led to the Cyan Racing squad withdrawing from the series due to safety concerns surrounding Goodyear’s tyres – on the back of failures at the Nürburgring and Vallelunga. COVID-19 had an impact on every motorsport series across the globe, but WTCR would suffer more than most – with travel and quarantine restrictions playing havoc with the calendar from 2019 onwards.

Whilst series organisers could understandably do nothing about the onset of a global pandemic, some of the decisions made when it came to calendar revisions would prove to be questionable – such as adding Adria to the schedule for 2020 at a time when renovation work was still ongoing.

Delays caused by COVID then meant those works weren’t completed in time for the event to take place as planned, and it looked even worse when the 2021 event then had to be delayed for the same reason…

The addition of rounds at circuits like Anneau du Rhin and Pau-Arnos would also be questionable for such a high-profile championship – even though both circuits were parachuted in to fill gaps.

Whilst there were obvious reasons as to why WTCR tried to head back to Asia after 2019, the way in which calendar revisions were made, made it appear that there hadn’t been a real ‘Plan B’ in place if events in the likes of Korea, Japan and China weren’t possible.

Nowhere was this more evident than this season, when the field left France after round seven unaware of where round eight would even take place… 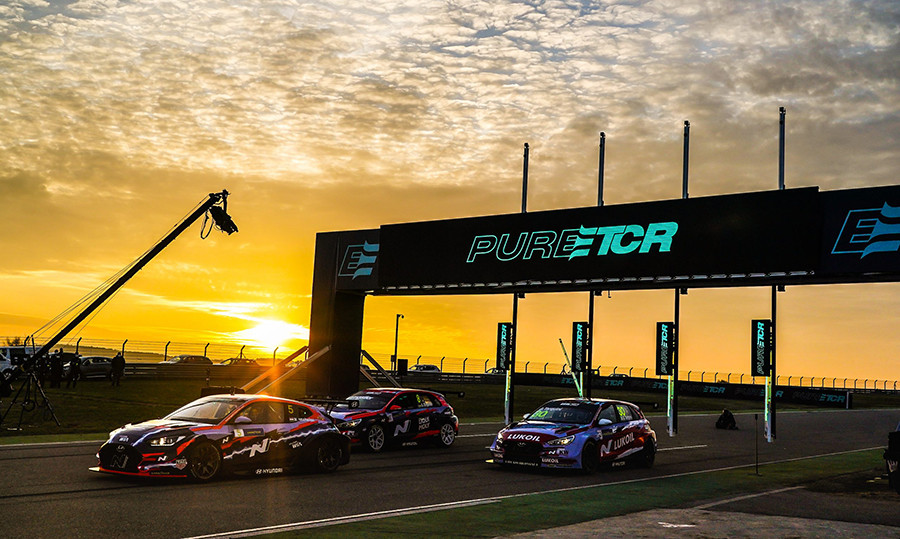 2021 saw the birth of the WTCR’s electric sister series, Pure ETCR which for 2022 was granted FIA status and renamed the FIA ETCR – eTouring Car World Cup.

The series was publicly launched during the 2020 WTCR finale at Aragón in Spain, sparking controversy among the WTCR manufacturer and team representatives as a demonstration run between Hyundai’s new ETCR car and two of its WTCR cars were held.

The cars performed a drag race, with Eurosport – promoters of both championships – boasting that “ETCR beats TCR out of the starting gate at Aragón”, after an easy win by the much more powerful electric ETCR car.

This brought the spotlight on an issue which is still ongoing today for TCR and effectively WTCR, sustainability and relevance for the category.

And, as surely no one has missed, sustainability is a huge part for automotive manufacturers these days. Hybrid systems are nothing new to motorsport, in fact TCR is rather late on the ball.

Testing of the first TCR hybrid started late 2021 and WTCR hinted plans to introduce them for 2023. The new TCR World Tour was supposed to introduce it for 2023, although the system has been delayed until 2024, but that is a different story.

With ETCR available as a pure electric, albeit very expensive, alternative and WTCR was still running on regular internal combustion engines at a stage where manufacturers are pouring billions of euros into development of electric and hybrid road cars, the future of the championship would indeed prove to be problematic.

Francois Ribeiro, head of Discovery Sports Events, stated in the announcement of the WTCR folding that there were plans to introduce fossil-free fuels for the championship, but that the fuel was “not yet compatible with the production engines used in the TCR category because it puts too great a demand on mechanical components.”

Whether that be true or not and whether it would be enough to keep WTCR alive, it is beyond question that the lack of sustainable actions for the championship was part of its early end. The TCR World Tour is supposed to take over from WTCR in 2023 as a global TCR championship, utilising race weekends of national championships as its main base for the calendar.

The hope is to attract manufacturer supported customer teams from Audi, Hyundai, Honda and Lynk & Co, just as in the WTCR.

WSC and Lotti is promoter of the new championship, albeit mainly relying on local promoters, and has so far announced four rounds of which three are with TCR Europe and one with TCR Australia.

Another round is planned for Australia, two in South America and a season finale at Macau, meaning high transport and travel costs for the teams.

Will it attract more manufacturers and teams or even the same as during the last years of WTCR? A question which remains to be answered, and while reactions in the paddocks have mainly been positive, Comtyou Racing is the sole team to commit to the championship so far.

There is no doubt that WSC and Lotti is aware of the issues mentioned here that plagued the WTCR and actions to them is no doubt critical to the survival of a global TCR championship.