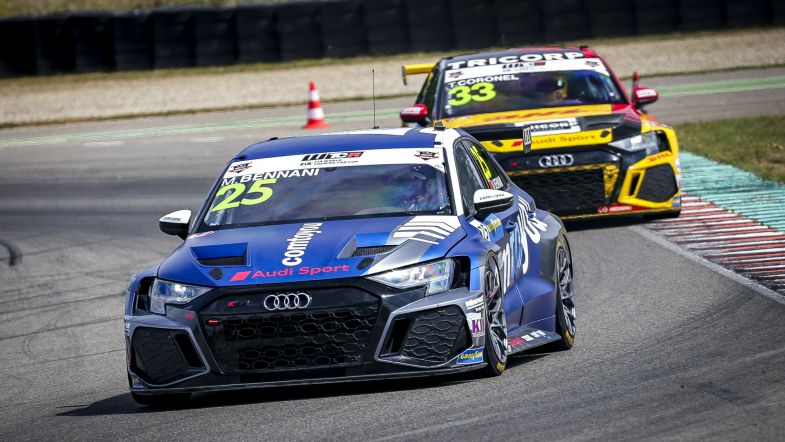 Comtoyou Racing has officially confirmed plans to run four cars in the new TCR World Tour, which will be launched by the WSC Group in 2023.

The Belgian squad will run four Audi RS 3 LMS cars in the nine events that will make up the World Tour, with events planned in Europe and Australia, and with events also planned for South America and Asia.

Comtoyou boss Jean-Michel Baert has already confirmed an interest in the new initiative with the World Tour was first confirmed, with the announcement of a planned entry coming alongside a defence of the TCR Europe title won this season with Franco Girolami.

“We will officially represent Audi Sport in the new TCR World Tour,” team manager François Verbist said. “We will enter four Audi RS 3 LMS cars in the nine events of this world calendar, which is a one-off addition to existing championships.

“In addition, we will also be defending our titles in TCR Europe with four cars. In other words, when TCR World Tour and TCR Europe join forces, we will be fielding eight Audi RS 3 LMS cars!”

Baert insisted that the team – which has also been running the Audi in WTCR in recent seasons – would be going into the World Tour with the intention of fighting for the title.
­
“This ranking is the world ranking of TCR drivers with points to be scored in the various competitions where TCRs are accepted,” he said. “At the end of the year, the top 15 of the TCR World Tour and the top 45 of the TCR World Ranking will meet for a world final.

“With Audi Sport, our objective is to go for the first TCR World Tour title.”