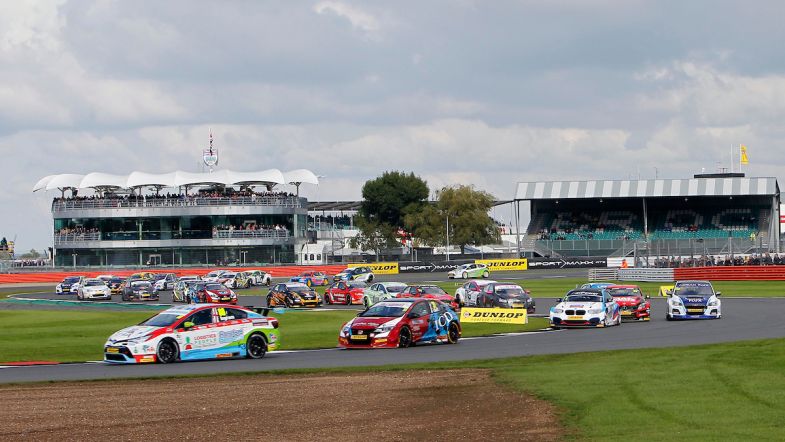 The British Touring Car Championship has officially unveiled a full 32-car field for its 60th anniversary season at the traditional media day launch at Donington Park.

As has become traditional in recent seasons, the makeup of much of the grid became clear well in advance of media day, with Josh Price’s confirmation at Team BMR yesterday the final piece of the jigsaw.

New champion Ash Sutton will carry the #1 on his Team BMR Subaru Levorg as he returns to defend his title with Warren Scott’s squad, partnered once again by Jason Plato, who sits just three wins shy of 100 career victories in the BTCC.

BMR’s reduction to a three-car squad is one of many changes throughout the field, but one place where the status quo is maintained is at West Surrey Racing, where 2017 runner-up Colin Turkington returns in an unchanged line-up, partnered by Rob Collard and Andrew Jordan in the team’s three BMW 125i M-Sport machines.

Triple champion Gordon Shedden is the highest-profile departure from the series as he starts a new career in the World Touring Car Cup, with former Porsche star Dan Cammish filling his shoes in the second of the new Team Dynamics Honda Civic Type Rs, alongside the evergreen Matt Neal.

Alongside the latest generation Civic, Rob Austin and HMS Racing are the other team bringing new machinery to the field, with the striking Alfa Giulietta representing a long-overdue BTCC return for the iconic Italian marque.

It’s all-change at Motorbase Performance, with the departure of stalwart Mat Jackson over the winter another high-profile departure. Tom Chilton switches to the team from Power Maxed Racing, with Sam Tordoff returning to the BTCC after a year away in the second Ford Focus ST, and James Cole returning to the team he drove for in 2015.

Eurotech Racing again field a pair of the previous generation Civic Type Rs, with Jack Goff and Brett Smith behind the wheel, while the former Dynamics Hondas are now in the hands of BTC Racing, who again field Chris Smiley alongside James Nash, who returns to the BTCC for the first time since 2011.

Independents’ champion Tom Ingram and Speedworks Motorsport return to defend their titles after regular giant-killing acts in 2017, while the number of Mercedes on the grid expands to three, with Ciceley Racing’s Adam Morgan joined by debutant Tom Oliphant, and Aiden Moffat returning in his A-Class.

AmD Tuning have expanded to a four-car operation for 2018, with Ollie Jackson returning for a third year in the Audi S3 alongside debutant Sam Smelt, and Rory Butcher and BTCC returnee Tom Boardman in a pair of ex-Triple Eight MG6 GTs.

The second of the four-car squads, Team Hard, field a quartet of Volkswagen CCs for debutant Bobby Thompson, the returning Jake Hill and series returnees Mike Bushell and Michael Caine, while Power Maxed Racing welcome back Josh Cook alongside 2017 Jack Sears Trophy winner Senna Proctor for the second year with their Vauxhall Astras.

The series bids farewell to no less than eight regulars from 2017, with Shedden and Jackson joined by Aron Taylor-Smith, Martin Depper, Mike Epps, Ant Whorton-Eales, Will Burns and the retiring Dave Newsham in leaving the BTCC.